Elodie Ternaux: Gazing into a crystal ball of future materials

I am often asked about what kind of materials we will be using in the more distant future – the world “after tomorrow”. The go-to answer in such cases is to speculate on the various technologically advanced materials which mankind might one day be able to create. But for the purposes of a recent lecture, I instead tried to play a game of “what if...?”, devising nine potential scenarios for how our overall relationship with materials may evolve many years from now. 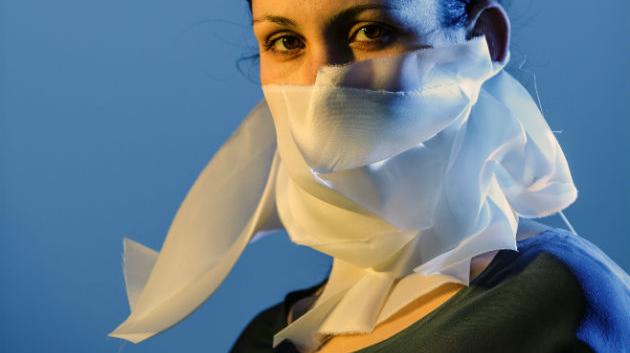 SCENARIO ONE:  A PARADIGM SHIFT

In this scenario, the Earth’s resources have become increasingly scarce. That means materials have to be used sparingly, and with ever-greater efficiency. Increased knowledge about materials and their properties is crucial in order to minimise waste.
Recycling efforts are scaled up considerably. This is a world focused not on mining ever more precious substances from the ground, but rather one of managing and recycling waste. A circular economy at its fullest. Landfills are the new material depositories; recyclable metals, plastics and other substances are scavenged and highly prized.

The hierarchy in the materials realm evolves. Secondary materials, for centuries regarded as entirely disposable, become equally valuable commodities. And water, a resource we long took for granted (at least in many parts of the world), is suddenly the most prized material of all – in effect, the new gold.

In this scenario, a fully digital world has come into being. No materials. Even we humans could have turned into virtual beings. Existence in this augmented-reality realm requires considerable brain power. And that makes our gray matter the most valuable material of all.
Yet a digital world also needs to be fuelled by some kind of energy source. And that requires materials (even in the case of renewable energy). Development efforts have now yielded photosynthetic and bacterial batteries; as well as graphene, copper foam, skin, or even urine options.

A digital world also requires for a great deal of data to be stored and processed. And so DNA itself has been transformed in this world into a universal storage mechanism. One gram of DNA stores 215 petabytes (215 million gigabytes) of information. It is a virtual world fuelled as much by biology as technology.

In this scenario, the social order has collapsed and surveillance and security are at a premium. It is a world of drones, super-soldiers, and a constant need for protection. Spider silk is a key material in this world, utilised for the production of lightweight and efficient bullet-proof vests.
Metamaterials allow humans to cloak themselves with a kind of invisible light-bending cape, similar to that used by Harry Potter. Such capes have become a standard product to help individuals conceal themselves from danger.

In this scenario, the world resembles a comic book-like world of super heroes. It is a world in which materials and technologies augment human capabilities. Graphene for protection; superconductors for levitation; self-healing materials extending the life-spans of various devices. Humans have gradually morphed into cyborgs – synthetic exoskeletons offer super-speed or even flight; 3D printed organs extend life; the secrets of the moon jellyfish (Aurelia aurita) are unlocked, enabling the regeneration of body parts and cloning, thus essentially bringing immortality. The lines between biology and technology have blurred. Robots triumph as biological humans become superfluous. Even back in our time robots are already going to places that man cannot reach, such as Mars. Are such robotic probes, as the novel which inspired Blade Runner once asked, also dreaming of electric sheep?

In this scenario, human beings have managed to escape the confines of the Earth, and have managed to reach faraway star systems. The new worlds discovered across the galaxy offer a hitherto wealth of unimagined new materials – our periodic table is rewritten to include wondrous new elements. Our science-fiction has already created the likes of the fictional Unobtainium, Wonderflonium, and Kryptonite. Boldly go...

In this scenario, science fully unlocks the mysteries of biology enabling the easy synthesis or production of our most widely-used organic materials. No more weaving fabric as plants are instead genetically modified so their roots or stems automatically weave themselves into lace-like structures; no need to breed cows for meat or leather, as both are manufactured in vitro from animal cells. It is a world in which human engineering fully masters the bounties of the natural world, and the scientist fully replaces the hunter.

SCENARIO SEVEN: BACK TO ANALOG

In this scenario, our over-reliance on computers and technology is sorely tested after a major event (perhaps a severe outage or hacking) leads to the implosion of the modern digital world. No more internet – or an internet too unsafe to use. And that means going back to basics. Back to analogue. A world that looks like a modern interpretation of a Hieronymus Bosch painting, with fundamental elements such as water and fire central to our survival.

In this scenario, the previous example is taken a step further. We are now in a post-apocalyptic world, perhaps caused by a nuclear war, by irreversible climate change, or by a meteor impact. The fundamentals are again of paramount importance, with simple breathable air now the most important “material” to ensure our survival. It is a futile existence – a desperate hunt for a few more breaths of simple clean air... 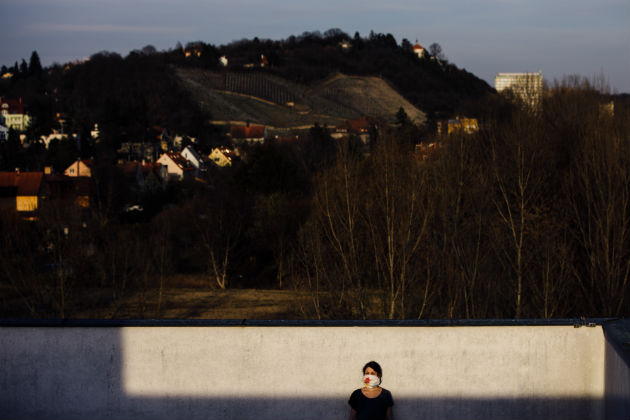 In this scenario all you need is love! All our problems are solved. Science, technology, and medicine have cured, tackled and solved everything. Even though it is sometimes artificial hearts that are pumping blood through our veins, life here is a vibrant and joyous experience. Love is in the air – latex, sex, and chocolate bliss is all we ever needed, right?

The above examples also illustrate how our material priorities change based on our own levels of comfort, safety and prosperity. It is like the song said: “Sometimes, all I need is the air that I breathe!” And now, dear readers, it is your turn. Close your eyes and picture what your “after tomorrow” scenario might look like. Is it a scary nightmare, or a pleasant dream...?


Written by Elodie Ternaux, co-founder of the Hyloh collective (a materials-oriented design, manufacturing, education and business network). This article is adapted from a series of lectures given by Hyloh in New York and San Francisco in February 2018.

Czech version of the article was published in printed version of Material Times #3.