“The irreplaceable realm of the artist’s drawing, or the maestro’s proficiency in craft, serve to evoke all those places which hitherto remain the spiritual frontiers of Man, and which machines are unable to probe,” says Czech glass artist and maestro Ondřej Strnadel. Ondřej Strnadel is one of few glass artists who follows through on the production of his works from start to finish. When an idea comes, he grabs a glassblowing pipe and blows; after that he shapes, polishes, grinds, engraves and sands. Most of his works are produced in Strnadel’s home region, namely at a glassworks in Valašské Meziříčí. This May, the results of his labours will be presented to a global audience – with support from the Czech Ministry of Culture, Prague’s Galerie Kuzebauch will be represented at the Révélations contemporary art fair in Paris.

“His mostly oval or circular rhythmic sculptures featuring harmonising minimalist details serve as excellent examples of a craft elevated into an art form. They evoke emotion and inspire the imagination without the idea outshining the material, or vice-versa. The work represents a true harmonisation of the spirit and the material, which has had life breathed into it by the artist. Because Ondřej Strnadel is able to patiently converse with this specific material, they become friends rather than competitors. And furthermore, both live by glass,” says Petr Nový, chief curator at the Museum of Glass and Jewellery in Jablonec nad Nisou and curator of the Galerie Kuzebauch, of Strnadel’s work. 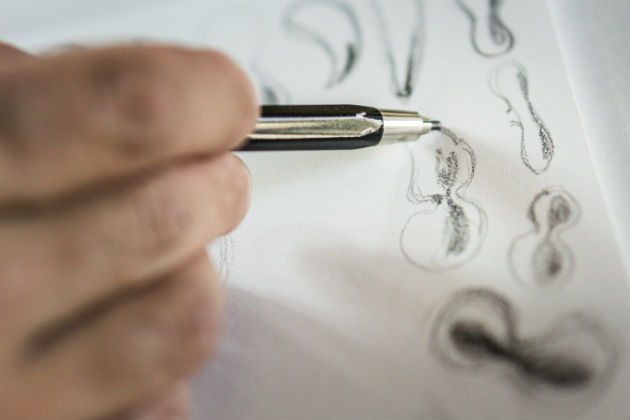 An idea is developed on paper, gradually assuming a specific form. Both aesthetic and technical issues are addressed. “During each of the individual stages, a mistake which can ruin the entire work can occur – and in that we see a major difference between glass work and work with other kinds of materials,” says Strnadel. The choice of material depends on the size and complexity of the desired final work. “I primarily work with sodium-potassium glass, which has a relatively short processing time, and the overall production process is also relatively quick. The product can be heated during the process, either locally or in its entirely, and then deformed as required.” 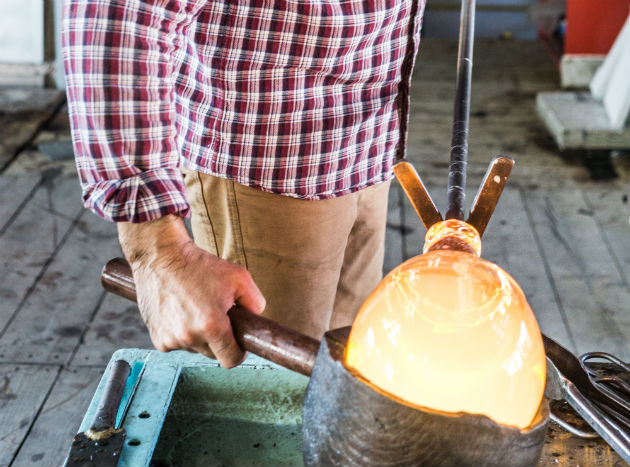 A glass flask is first blown into a shape of the size of the desired end work, and then this is built-up with another layer of molten glass. The proper method of collecting molten glass from a crucible container, and then forming it into the correct shape, is crucial. The molten glass “gather” gradually gains it shape based on the tools and blowing skills of the glassblower. Also crucial is the surface tension of the given materials, as well as gravitational and centrifugal forces. And if the glassblower possesses the skills to properly balance these factors and influences, then a true creative concert can take place with the glass. 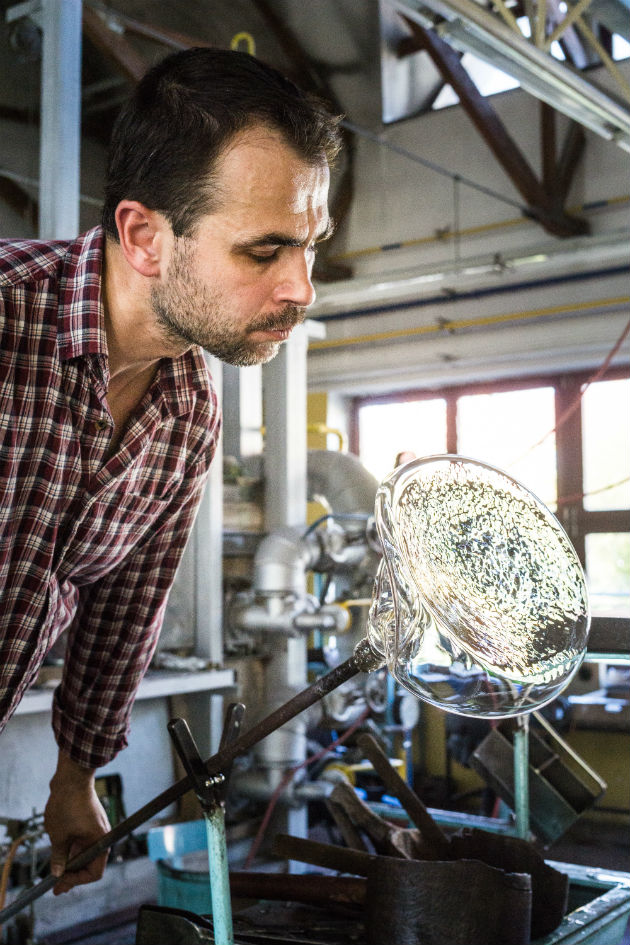 Ondřej Strnadel is able to freely shape his glass items by hand thanks to special equipment, which also enables him to see up-close the ongoing results of his work. 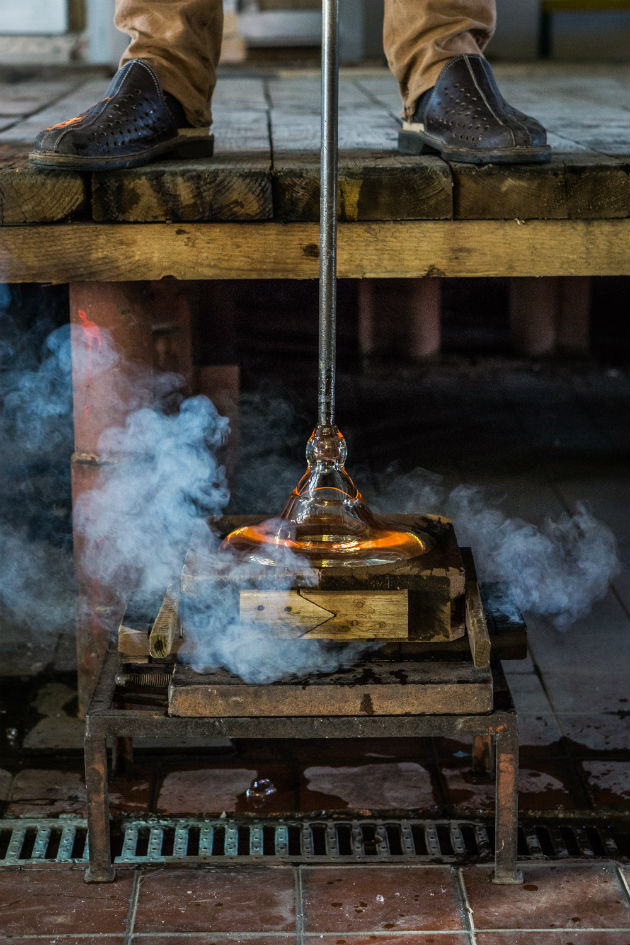 Moulds are also used to shape molten glass. As the glassblower blows into a wet wooden mould, the molten glass must be continually rotated. The resultant steam from the mould creates a kind of cushion around the glass, which helps to ensure that the end product retains a slippery smooth finish. 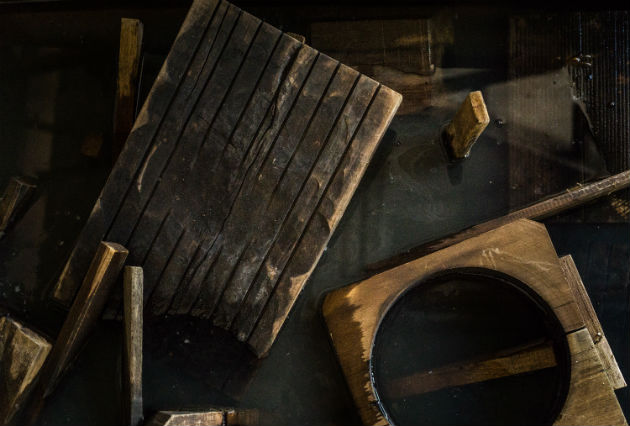 Prior to blowing, these wooden moulds must be soaked for at least a week in tubs of water, which also helps to contract any potential splits in the wood. 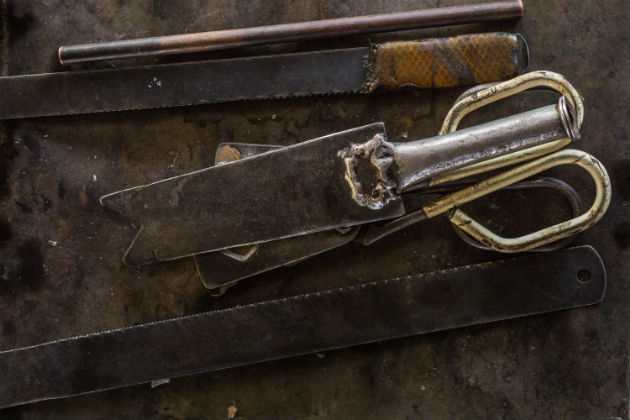 Some of Strnadel’s tools come by way of his glassmaker father; others are inherited from other older people in the field. “You know there really is something to be said for the old tools,” he notes. “While working in the glassworks, various sizes of wooden and metallic tools are crucial. But you can actually even shape [glass] using wet newspapers.” In terms of materials and design, with only a few minor updates, glassmaking tools remain largely unchanged. 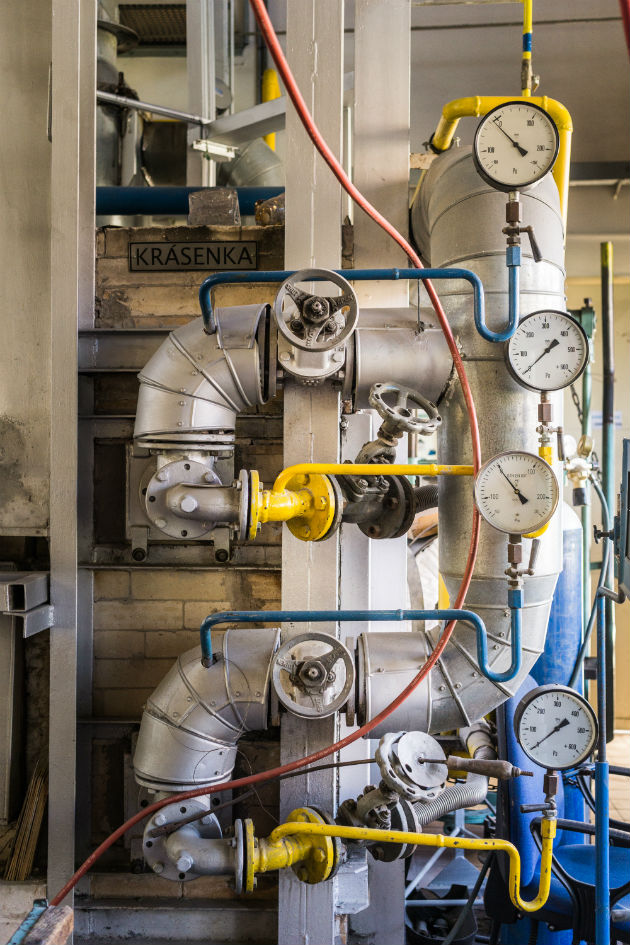 The correct temperature and pressure settings for a complex tangle of tubes is monitored with the aid of a number of timers and alarms. 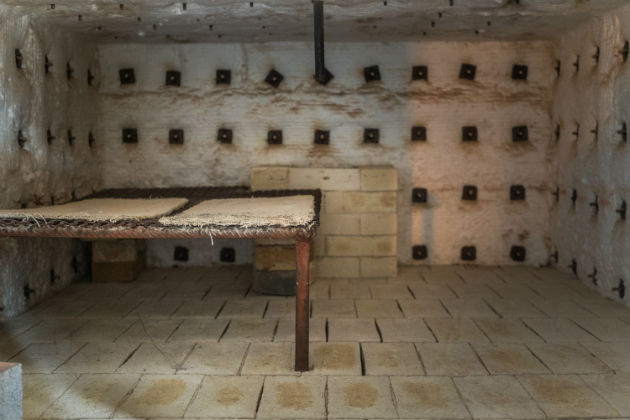 Next the glass is placed into a so-called cooling (annealing) oven to prevent it from cracking. This is set at the upper cooling temperature, which the makeup of the particular glass in question dictates should be around 500 °C. Overnight the temperature gradually falls in the oven under controlled conditions so as to maintain an equilibrium between the inner and surface parts of the glass and thus prevent the risk of cracking. The glass is only removed once the temperature falls below 50 °C. 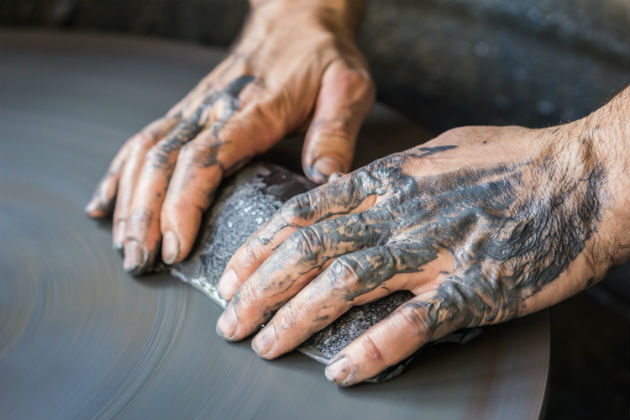 After the glass product is removed from the annealing oven, further work by way of cutting and cracking takes place in order to remove superfluous edge material around the mouth of the glass. After that comes further grinding, during which Strnadel seeks to attain the precise desired shape. A glass polishing machine connected to a water supply is used to that end, which provides an inflow of abrasive-filled liquid and an outflow for the glass filings. 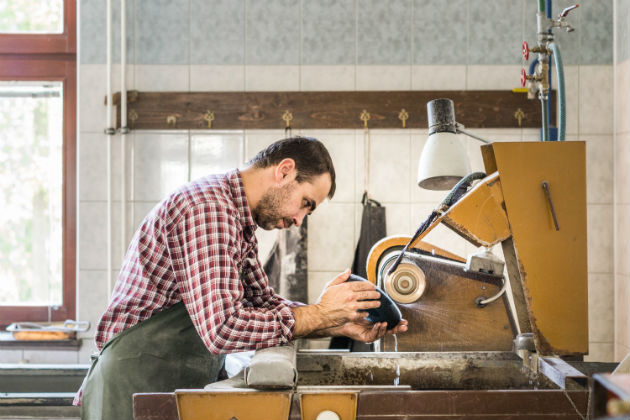 Fine details and access to hard-to-reach spots is provided by a small spherical instrument known as a “burr”. These tools come in a variety of shapes and sizes, and feature diamond and corundum tips. 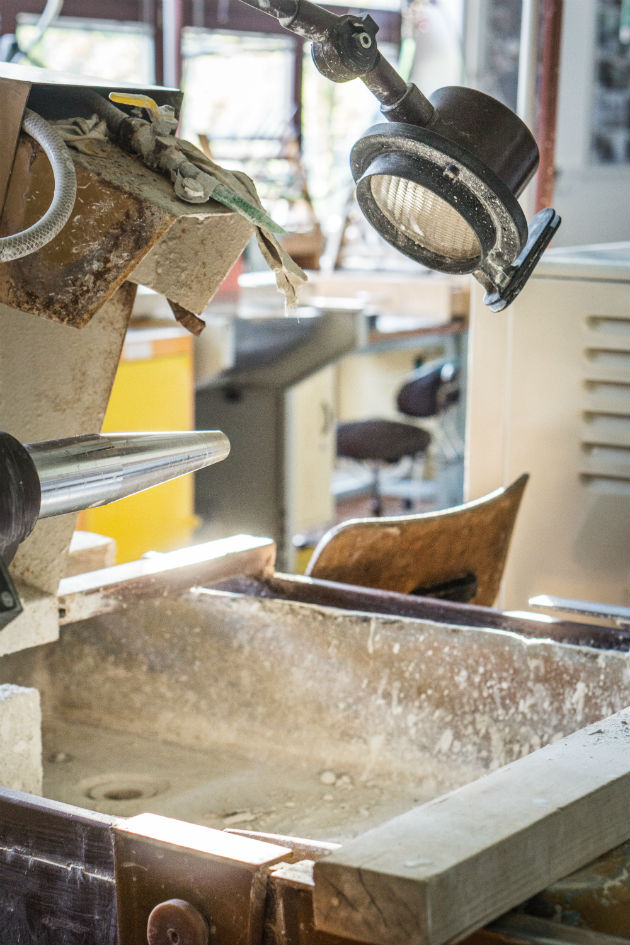 Ondřej Strnadel usually utilises a diamond burr, which requires constant cooling. Water cooling prevents the polished surface from overheating, which could lead to a crack in the glass; the water also creates an outflow of glass filings. The final stage involves a finishing of the surface, during which Strnadel utilises techniques including sanding, jet spraying, polishing, and etching with the aid of the glass-dissolving substance hydrofluoric acid. Strnadel is able to create a silky-smooth or a coarser rock-like finish on his works. 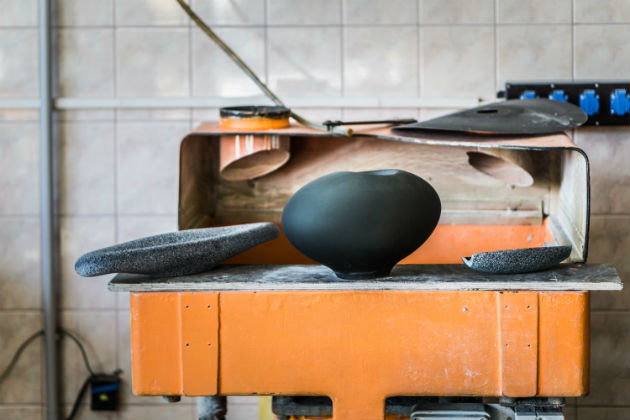 The adrenalin rush of the glassmaking process is over – the finished work is complete.