The future of cities:
Think small because small is the new big

What to do with a local politics you do not agree with? Can people directly improve their cities? What does it take to become a good politician? Many dysfunctional cities or frustrated citizens may ask these types of questions. However, not that many people have the courage to look for the answers. Even fewer have the courage to challenge the “professional politicians” and try to make the change themselves. Comedian and writer Jón Gnarr, musician Matěj Hollan or lawyer Peter Bročka decided that they were willing to step up, run in the elections and change the future of their cities. 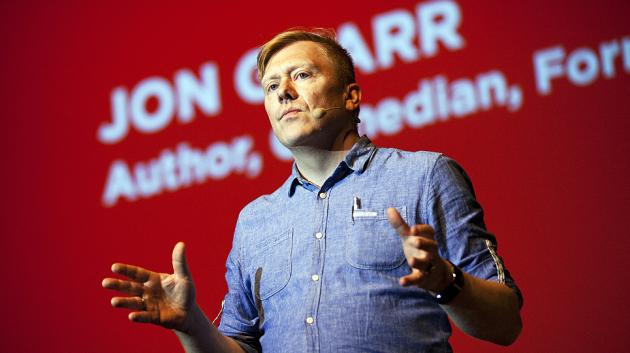 On June 18th and 19th, Prague hosted the fourth edition of the reSITE conference, which focuses on the urban planning strategies and innovation needs of cities. This year, the conference theme was “The Shared City”, highlighting different approaches of achieving viable and vibrant metropolis. Both Czech and foreign experts were discussing inspiring urban projects worldwide to explain what real economic, social or ecological value can smarter design add to cities and how effective municipal leaders can improve their cities not just for today, but for generations to come.

As a part of the conference’s accompanying program, Aspen Institute Prague organized a public debate called Activists at Town Halls. Reykjavik’s former mayor Jón Gnarr, Brno’s deputy mayor Matěj Hollan and Tranava’s first independent mayor Peter Bročka were discussing what makes a non-politician run for an office and what are subsequently the most difficult or surprising aspects of such decision. Although each of them comes from a very different environment, they all share a certain view of the local politics. Whether it is called activism or politics without professional politicians, their experience can be described as the new politics phenomenon. Even though they all agreed there is a huge amount of efforts behind their work, they also agreed that the local politics is meaningful and can be done creatively and with a sense of humor.

“I see humor as a part of the human intelligence, it is a way of looking at reality and communicating with people. It should be an important part of all social interactions, whether it is in politics, business or in family life,” said Gnarr. In his four-year term as the mayor of Iceland’s capital, he realized that politics could fill people with hate, anger and resentment. For him, the most important thing was to try staying an optimist and come out from the experience without enemies. According to Gnarr, humor also helped him and his Best Party to ridicule fallacious political campaigns and short-termism.

He tried to change the prototype of a traditional politician. According to him, that is something that most people find discouraging about politics, they are always the same type of person, mostly men, often having very restricted point of view. He says that one of the most important things for a politician is not to be afraid of saying “I don’t know”. Until today, he believes that politics needs idealists. He also stated that it is crucial to bring more young educated women to politics.

Initially, Gnarr’s campaign was mostly for his own amusement and he did not plan any political career at all. However, once he found out he is going to be the next mayor of Reykjavik, he started to take things seriously and accepted the responsibility. Gnarr also stressed out the importance of the connection between art and politics, being an artist himself. According to him, art has always been a certain way of addressing the political issues and they would be both incomplete without each other. “Democracy is like a soup. You are constantly cooking something, trying to find the best recipe. But our soup was rather tasteless, so I tried to spiced it up little bit.” By bringing new and unique attitude to politics, he managed to get the people’s attention and eventually really help his city.

“Not-affiliated politicians may often have harder position, because they have to make their decisions case-by-case without any party lines or ideologies,” explained Gnarr why his position as an independent mayor was so demanding. Even though some other members of The Best Party are still politically active, Gnarr sees his political career as a closed chapter. 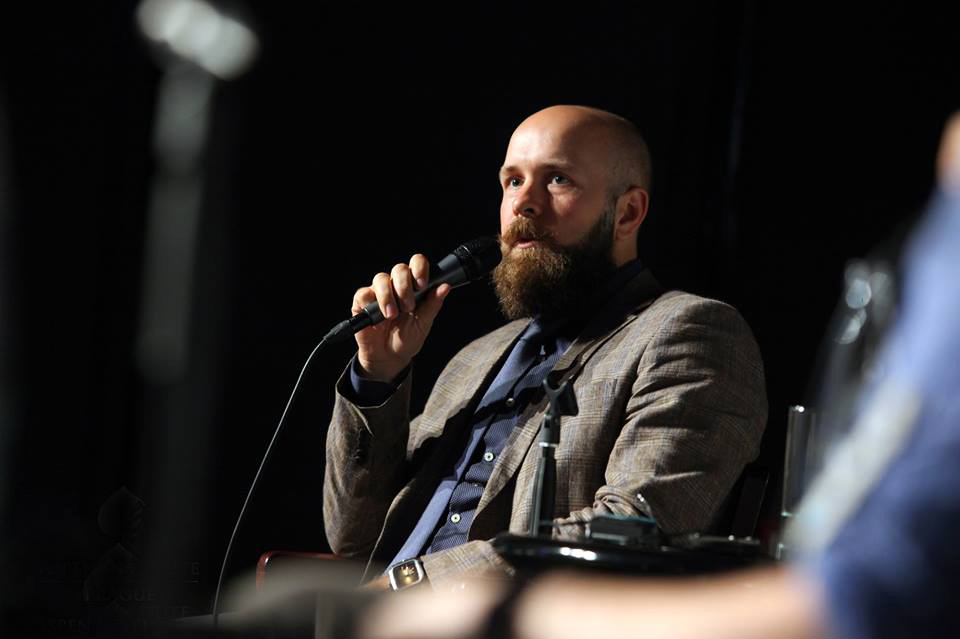 For Peter Bročka, the crucial moment of deciding to run for office came when he realized his ideas of how the town or the neighborhood could work were impossible under the current leadership. He does not feel the need to define himself in any way and spoke mostly about motivation for one’s action: “I do not necessarily see myself as an activist, but it also depends on what the term activist means in a particular context. If it is someone trying to change their environment and make their city better, then yes, I am one.” Even though he defined his days now as hectic, chaotic and full of stress, he also stated that he welcomes any contradictory opinions and critique, as they enable him to constantly improve at his job.

According to Bročka, political parties are nowadays a relic of the past, that do not belong to politics on a local level. In his case, the initiative Lepšia Trnava was simply formed by several independent candidates with common goals and joint program that decided to run together, but everybody had to make their own decisions. 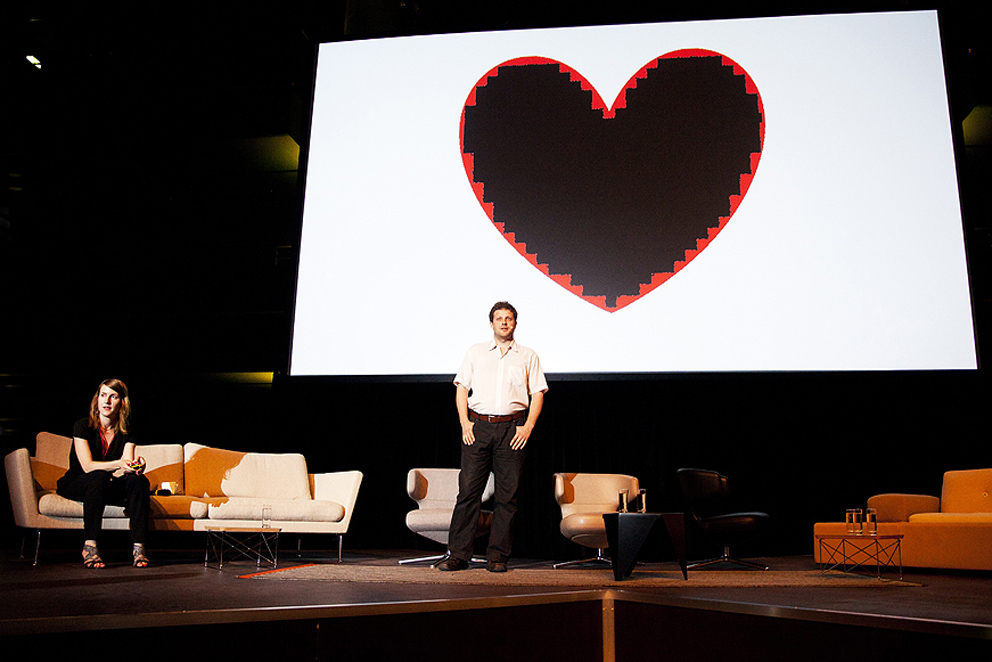 Matěj Hollan showing the love for his city during his presentation at reSITE 2015 (photo by reSITE, Tomáš Princ)

Matěj Hollan said that with a hyperbole, the initiative Žít Brno could be presented as the longest political campaign in the Czech Republic. The efforts started already in 2011 with the launch of now very famous website Žít Brno and so did basically the campaign. Hollan felt that they can really make a difference and therefore for them it was a serious campaign. “When I came to Brno City Hall in October 2014, I was actually very pleasantly surprised to see that there were already many motivated people who wanted to meaningful things and who welcomed our arrival, “ said Hollan.

According to him, the Czech political scene needs a lot of new impulses, young people and more dynamic structure of the parties. However, not everything can be done on the basis of an activist initiative. Hollan stressed out that such parties or movements with specific aims or expertise might work in the local politics, he realizes however, that a group of activists without a clear political affiliations cannot work on a national level.

It is clear that each city and each community works differently. However, there are certain premises that can be applied universally. “The biggest mistake in thinking about democracy is thinking big, because change and empowerment always starts locally,” says Gnarr. Most importantly, you can never have a viable city or successful municipal politics without the people that care. Having strong political background is therefore not the most important aspect of succeeding in the local politics. It is personal motivation, determination and engagement.

The video from the debate Activists at Town Halls is available here.