Designer Jakub Berdych: One day, a plastic bucket can be endangered too

Design, as any other creative activity, generates products which, if great, tend to be smarter than their creator. Such masterpieces live in their own space – a kind of spiritual world of its own – which exists independently in many other circumstances the author can neither influence nor predict. The less creative objects tend to be almost invisible. Some pieces of art are so useless, that one would fail to even notice them, but some others are so full of energy that their charge threatens to make them blast and turn them into fireworks which can lit galaxies in the space. 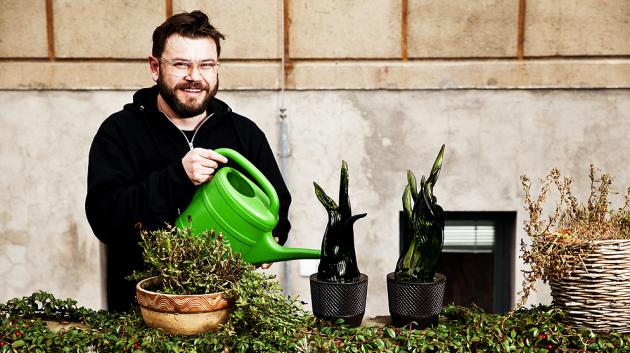 A small exhibition of Jakub Berdych´s work in the Kuzebauch Gallery in Prague claims the gallery space with picturesque  little „brutalities“, which not only make you laugh but also  have you think twice. They attack our stereotypical perception of the dividing line between the „high art“ and „items for ordinary men and women“, interpreting them rather freely. Both the material used and functions of the displayed objects make visitors raise their eyebrows asking themselves: „What is going on here?“ or „How did this happen, why is this thing here and what for?“. Materialysis, an exhibition ending on January 31, 2015, sends out a clear message: There is more out there…

Materialysis, symbiosis of two words intertwined in one, analyses both physical and psychological capacity of materials testing limits and barriers of their use. The exhibition layout accentuates the element of crossing borders and overcoming barriers. All exhibits, with the exception of two rather serious pieces – an elegant and quintessentially modern lamp and a basalt flattish bowl with rough structure, which could have easily been used as the bottom part of an ancient cereal mill – are packed in the middle of the exhibition space and displayed on high spider-like legs. 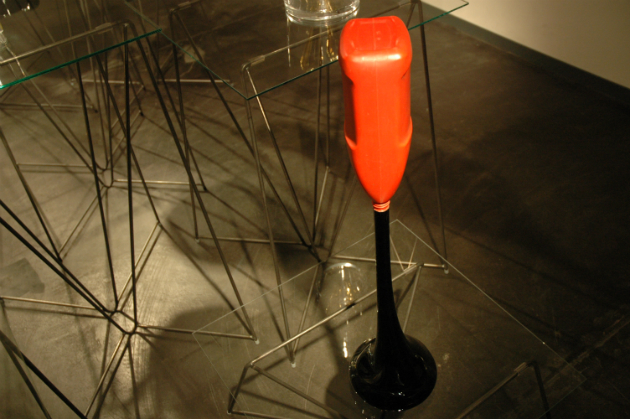 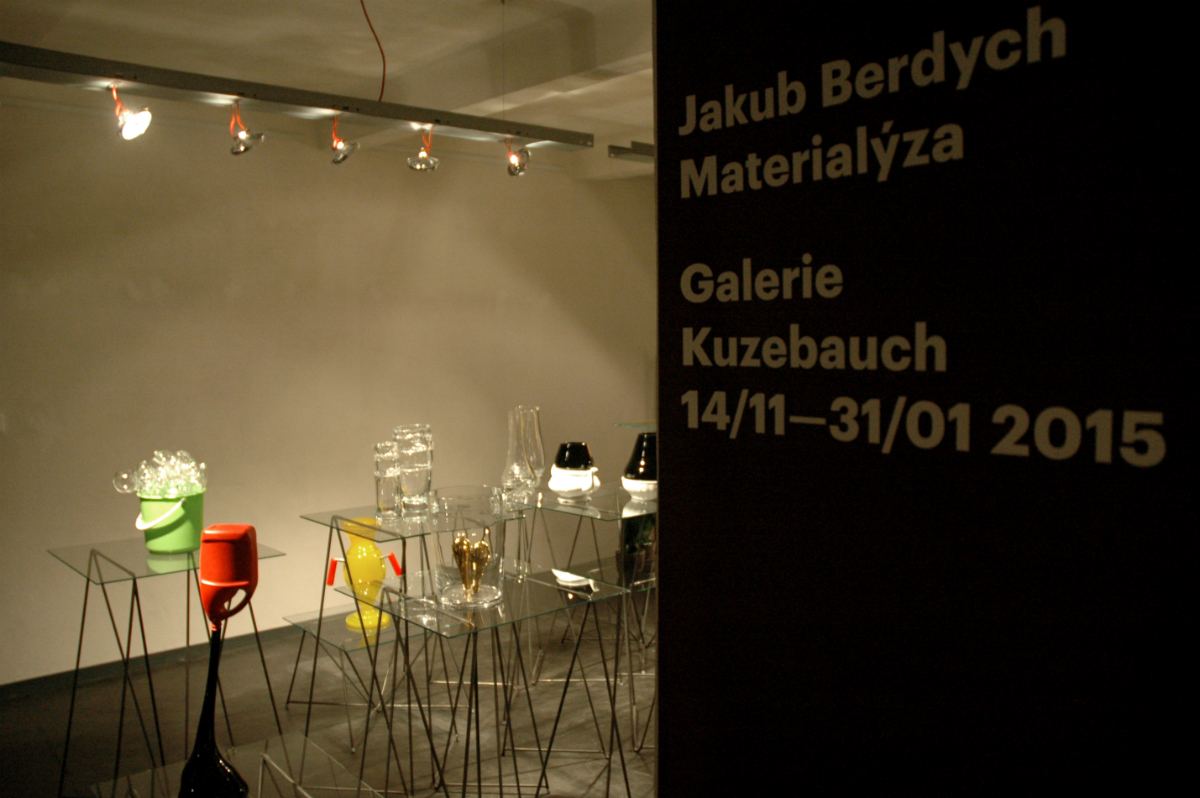 The exhibition will definitely take you by surprise as you get to see:
•   An ordinary plastic bucket full of blown glass bubbles reflecting colours of surrounding exhibits;
•  A plastic container on the top of a black leg made from glass, maybe a vacuum cleaner;
•  Golden ears (a rabbit in a hat?) in a high champagne bucket;
•  Cut glass vases and bowls, formerly luxurious Czech export goods – deformed with the use of heavy duty tools – pliers, wire cutters, scissors – which are still here as if frozen in action;
• A three-piece vase with red holders which are in fact some tools;
• A pair of crystal vases strangulated by a rope. The original shape – a cylinder, was cut into pieces, hammered out of shape and stuck back together. This violent treatment left its permanent mark on the vases´ poor necks;
• The snake plant, or Mother-in-law's tongue, made from glass and growing from underneath other exhibits growing wildly right into your head to burn their vicious message there.

Do these exhibits really make sense? Would people decorate their apartment with a plastic bucket full of glass bubbles?
„What sense does it make? Firstly, I enjoy making such things.“ This must be true, because Jakub Berdych smiles happily. „These exhibits are just free concepts, they were not meant to be used and useful, they are just objects of art. It may sound strange, but plastic buckets and glass have changed my perception of materials. Glass is an expensive and luxurious material and I intentionally combined it with something inexpensive. But a plastic bucket, even though we take it for granted as something ordinary and cheap, is equally precious. One day, when we are out of oil resources, it will be equally expensive to glass. People expect sculptures to be made from materials traditionally used for sculpting.  I tend to supress both the material used and the sculpture itself to contradict the traditional perception of how a sculpture should actually look like. Bucket makers may not have any designers on staff. Buckets are made in fifteen colours and these colours determine my art. By the way, the colours are nice …“ (laughing)

Materialysis is an extract of Jakub Berdych´s art so far. Both Jakub Berdych and the curator, however, wanted to show more than design. „I wanted to show more than what is for sale ore to be found in collections. I wanted to break my glass away from the boring everyday process of glass making, when one can tell easily how the final product will look like and who will finally buy it. I wanted to experiment, to make something new and different. I wanted my glass art to surprise me. It is good to have clients who know what they want and how they want it made.

I like making glass objects but sometimes it is rather difficult to satisfy clients, who do not know exactly what they want. You have to get inside their head to tell, what they can afford and they would accept. Design – production – manufacturer relationship is key. Ten years ago there almost no companies to design for,  there were less clients and we kept making the same objects all over again. It has changed and I am thankful for that. Designers have more say in the development of products thus contributing to the company´s success. It makes our relationship much closer.“ 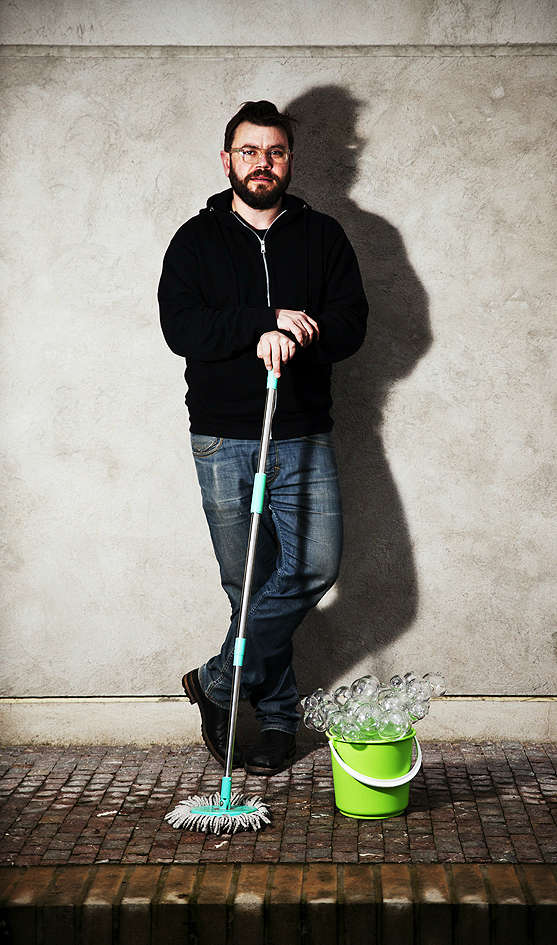 Jakub Berdych was born in Prague in 1971. His CV describes him as a stonemason, sculptor, designer, collector restorer, art manager and founder of Qubus Design, a Czech art studio which he established with Maxim Velčovský, also a designer, back in 2002. He has worked hard for fifteen years, especially as an art manager and glass manufacturing manager trying to develop his own production. His design range is wide – from conceptual art to product design, interior design, architecture as well as free art.

Is design about materials, design or usefulness? „All the above,“ says Berdych, „colours, materials, circumstances – they all matter.  I rarely ever supply to big manufacturers, we have our own brand, we make art we enjoy ant test our client´s “tolerance” . Our art requires plenty of time as well as courage, numerous consultations and patience. I will not sit at my table and draw technical drawings. I want my art to be a bit freer.

Design has become a big thing. To me, it´s been ranging on abuse of the term, you have all these design daily, design weekly, design stupid, design timeless… Who knows what design is and what is not? It depends a lot on your perception. Design is primarily about craftsmanship and if not – it is yet another empty gainful activity.“

The above shows, that design in interpreted widely and often times so called design is far from being a designer object. In the post-totalitarian decade, design was not an issue. Under the communists, design was perceived as rather suspicious, maybe even a class enemy. Craftsmen and artists of the old times did not even think about design – they simply made nice products and art objects showing their high craftsmanship and art.

What are features of “real” design? Jakub Berdych answers immediately: „Design objects are not only useful, but primarily aesthetic. I see many design pieces around us, true designer objects, but what to do with a chair which is very uncomfortable? Wooden church benches are far from comfy either, but their aesthetic value is there.“

Jakub Berdych has set himself an ambitious goal to use aesthetics to make our lives better. He is not, however, that sure about functionality. „A coffee machine, its functions and technical parameters, a coffee maker must have – these have been given for forty years without much change. But I care more about experimenting with these functions and technical parameters. Can they take me any further? If so, where? I see no borders here, no limits to my imagination. Marcel Wanders, a Dutch designer, used epoxy to glue cotton fabrics into layers and came out with a chair. This signature technology won him a place in the history of design. But you never know in advance, whether your experiment would ever turn into something real.“

Jakub mentioned that Qubus designers test their artistic imagination as well as shopping mood of their clients. Most designs are rather practical, but some are just oddities. „We have a network of clients,“ says Jakub, „design shops, galleries as well as individuals. Not all of them are super rich – I´ve had people come and say that they would save money to buy one of our designs. Our clients, however, have one in common – they are open to new impulses, they care about where and how the live. They know they want something unique and original.“ Studio Qubus, which Jakub opened in 2002 in Rámová Street in Prague, has extended its offer and opened a shop in Letná called Qubus – Křehký. 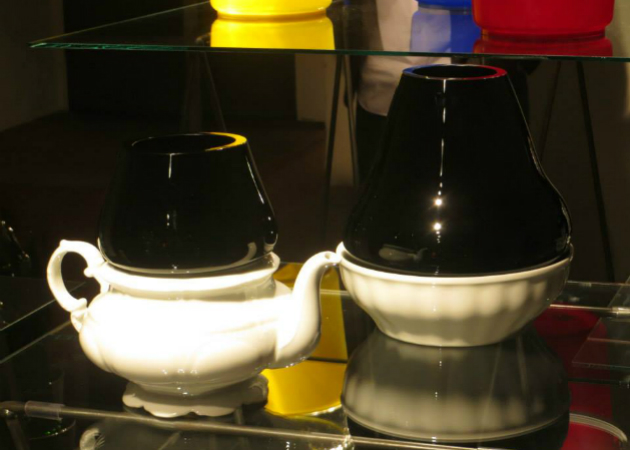 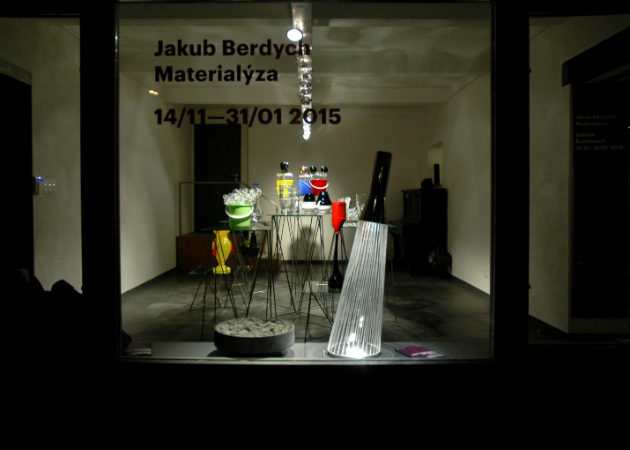 Jakub feels good with collectors of oddities since he is one of them. „I collect almost everything. It started with polystyrene boxes, now I am into plastic buckets, boxes, anything...“ (laughing).  Some would take it right to the junkyard. „Oh My, I love junkyards,“ says Jakub vividly, „junkyards, second hand stores, flea markets, scrappy yards containers … They inspire me. I will never stop going through them, thrifting is my hobby and I will use everything what may catch my eye. I get inspiration from nearly anything – production process and factories themselves, tools and machinery, old as well as new technology, new impulses, travel, manual work. I like Czech poetry of 1970´s and 1980´s, Ivan Wernisch and his sarcasm and irony. I like things which have a story to them, something unique which makes you smile. Art is not about suffering or shocking the viewer, art is a lot of fun.“

„It won´t surprise you that I feel like taking a break after all that stress and tension. I would love to take a year off work to clear my head, to get out of the routine and do things which, given my daily routine, I have no time for. I heard that Stefan Sagmeister takes two years of work and then one year off. It is ideal! I will be more modest. Having worked hard for fifteen years now, I wish to switch my phone off for at least three months, retreat to my house in the country and go off-line. But I guess you want to know about my work-related plans and ambitions. The answer is simple – I will be more than happy to try anything allowing me to express myself freely – photography, architecture, anything.“