Due to current situation in Europe, many cities are being forced to accommodate more and more people every day. That is why also this year’s reSITE festival focused on the topic of Cities in migration. However, migration can also have a negative impact when people start leaving cities, as they are being left empty and often dysfunctional. 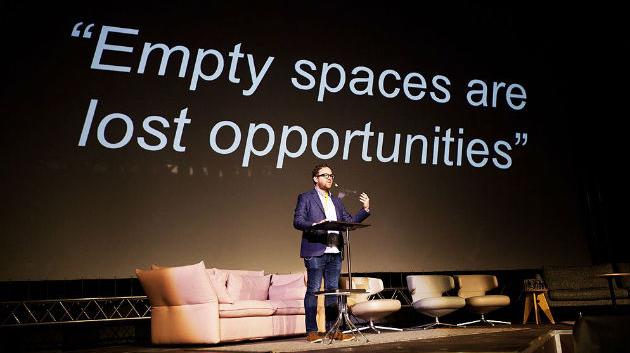 Architect Krister Lindstedt demonstrated that with the right approach, almost anything could be achieved. At the international reSITE conference in Prague, he introduced a fascinating project of moving an entire Swedish city of Kiruna. His recipe for successful urban megaproject sounded seemingly simple: "Before moving a city physically and spiritually, we decided to talk to people." In turn, Urbanist Martin Klamt compared current problems in cities to a Rubic cube. “You can twist and turn, but coming up with the right solution is actually very hard. It takes time, patience and the willingness to experiment.”

And that is precisely how Marcus Westbury, another speaker at the conference, managed to transform a forgotten ‘steel city’ into a creative hub. His project Renew Newcastle, a low budget DIY urban renewal scheme, has facilitated access to more than 70 empty buildings for more than 170 creative enterprises, artists and cultural projects in his hometown of Newcastle in New South Wales, Australia. “I like the idea of creativity, imagination and initiative as being vital to cities. People doing rather than just dreaming about doing things is important.”

Newcastle has always been a traditional industrial city, dominated by the local steel factory. In 1989, the city experienced an earthquake, which permanently destroyed many prominent buildings. In 1999, the situation even worsened when the BHP steelworks closed down. As a result of both of these events, many people lost their jobs and started leaving the city. Marcus was also among those who decided to leave and he moved to a city more than thousand kilometers away - Melbourne. 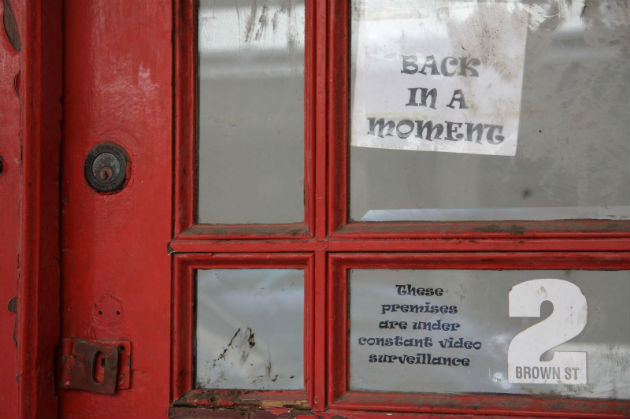 Newcastle, as seen by Marcus Westbury nine years ago 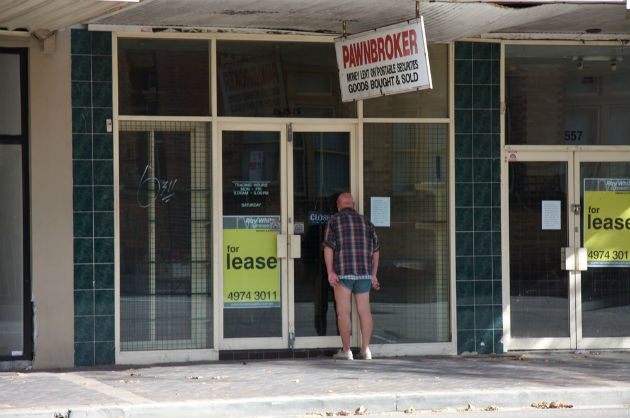 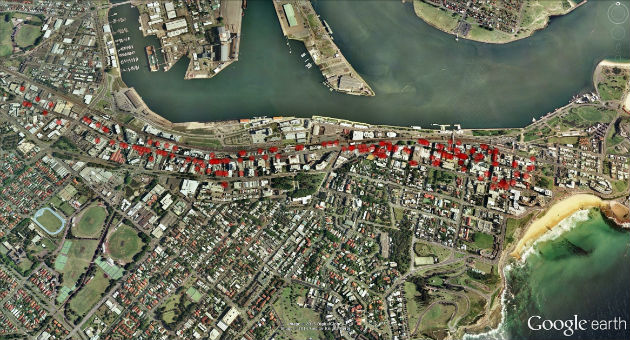 The center of Newcastle in 2008, empty buildings are highlighted in red

During later visits of his hometown in 2007 and 2008, Marcus found out what state had Newcastle gotten into. Most of the buildings on the main road remained completely empty with boarded up windows bearing the sign ‘For Sale’. “Newcastle was dying. I thought I had no illusions, but everywhere I looked the rot was worse than I remembered. Streets that in my memories were vibrant, active, and filled with family and friends had fallen into disrepair and despair,” described Marcus his perception of the city in the book Creating Cities. That was when he came up with the idea of Renew Newcastle.

By promising to enliven the neighborhood again, he managed to negotiate very favourable conditions for renting the then vacant or disused buildings. Property owners licensed them (for a minimum sum – only utility and insurance fees) to Renew Newcastle when they had no tenants or were awaiting development. The organization then found artists, cultural projects or community groups to use and maintain the space. “The condition was that everyone needs to create something original, doesn’t matter if it is software, design or jewelry. Many of the small businesses were already functioning online but didn’t have any physical presence,“ explained Marcus. This model is now being applied on more than twenty locations in Australia as well as in the Netherlands, Canada or New Zealand.

“Physically, there has been a great transformation in the city - almost 80 buildings that have been reopened by us and hundreds of new projects and businesses that have started,” describes Marcus Westbury the change of the city center. He continues: “On another level I think the biggest impacts are more subtle and psychological. People think of Newcastle differently now - as a place to visit, to start a project or business, to invest their money or their energy and that is possibly the biggest impact of all.” 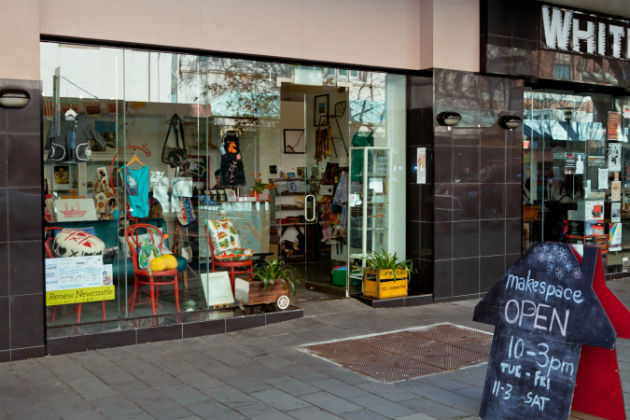 “Building by building, block by block, street by street…“ Renew Newcastle managed to bring the buildings in the center to life again. 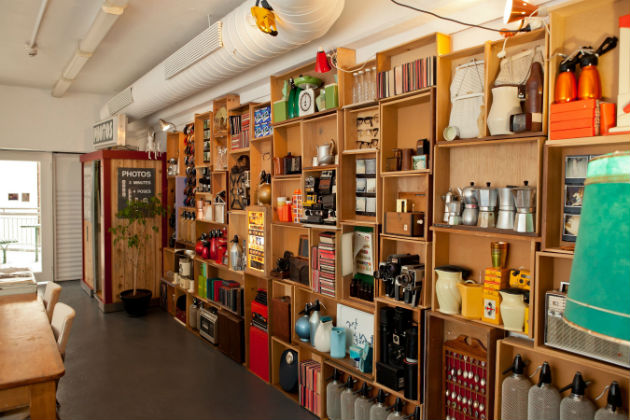 Newcastle is now home of many photographers, fashion designers, craftsmen or digital artists 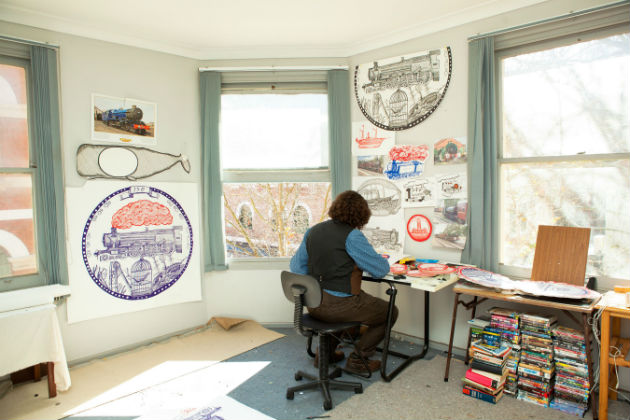 "Creative industries like design, fashion, music, writing, art, photography etc. are important culturally, economically and socially as they tell our stories and bind us together. They also create real jobs and real economic value,” summarizes Marcus. “Sense of distinctiveness is very important to a place as well. You cannot just be the same as everywhere else and expect people to come. Fostering that is therefore very important and creative people do that particularly well.” In 2011, Lonely Planet called Newcastle ‘Australia’s most underrated city’ and declared it one of the top 10 cities in the world for a visit.

Marcus Westbury’s background is as an urbanist, broadcaster, writer, media maker and festival director. He has worked across a range of media covering fields as diverse as culture, art, urban planning, media, sport and politics. He is the author of the book Creating Cities, which was published after a record breaking Australian crowdfunding campaign. He has worked with many cities across Australia and around the world on innovative, low cost urban revitalization strategies. Currently he is a CEO of the new Collingwood Arts Precinct, which is a former technical school in the inner city of Melbourne that should be transformed over the next 3 years into a new, diverse and exciting home for arts, cultural organizations, and creative industries.

He is interested in not how cities are built but how they behave. „Our places are not merely physical spaces. They are not purely architectures and objects. They are collections of forces, of motivations and opportunities. Too often passions and possibilities are neutered by mechanical, unintentional, even mundane trivialities. My experiences have taught me that cities can become unintentionally, banally, disinterestedly dysfunctional,“ warns Marcus in his book Creating Cities.

"Cities must plan their future, not drift there. As residents we want to imagine where we want to be in 20 years, we can be anywhere, and cities must understand how to plan the ideal cultural and business and built environment. Planning and design is essential," emphasized Martin Barry, the founder and director of reSITE. For cities, constant changes are simply very natural. They are transforming on the basis of industry and trade, people coming and going, and often also changing their function. In fact, cities can be very good mirrors of our society, without people even realizing it. The task of architects, urban planners and all the inhabitants is to prepare the cities (and by extension also themselves) for these changes.