Before January 7th, I had faith. I believed in rock'n'roll, in democracy, in equal rights between mankind, in the promise of a Belgian waffle at the end of the day, on the terrace of our new showroom. Above all, I believed freedom of speech was assured in France, that blasphemy was an ancient notion, I believed irreverence was salutary in an imperfect - yet full of certainties - world, I believed humour to be a formidable weapon against all human stupidities. But on January 7th, I did not have the heart to eat a waffle anymore, I still believed in rock'n'roll but not in much more else, everything had become quite blurry. 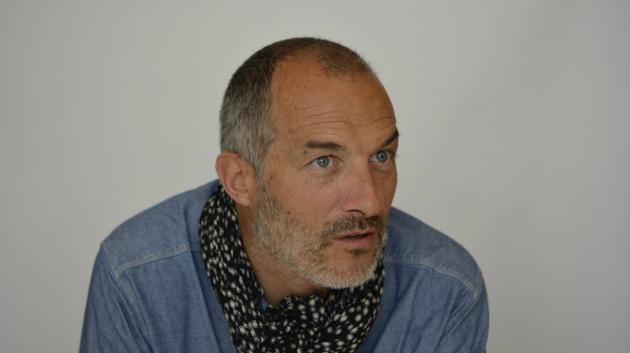 We've been able to watch the emollient sentiments from our dear leaders no later than last Wednesday night, serious and determined faces, hollow suited speeches, prepared by their communication teams: 'The foundations of the Republic have been attacked, it is a war against terrorism coming from abroad, we need to unite, a sacred union to protect our nation's most valuables, what brings us together...' It was not humans talking to us but lifeless prompters, without any real convictions. Because in the case in point, it was not a terrorist attack fomented from the outside rather than a nauseating offspring of the obvious dysfunctions of our French secular and republican society. The barbaric madmen who acted last week were French, they were born in France, grew up in France, went to school in France then to prison in France and worked (or likely were unemployed) in France. Yes, the lack of ambition, the lack of inspiration, the feebleness and maybe above all the conviction void of our politicians made France almost anomic, to the point that it generates its own domestic enemies.

If some of the Republic children are not offered equal rights, if they do not perceive brotherhood, if they are not equipped to enjoy freedom, they will sometimes grasp other weapons to be heard. The 'French model' is in a bad way and the work is vast but it implies first to deal with education, which should be rich, curious, wide and non-dogmatic and to go through the access to Culture, with the same requirements of being open in order to nourish human's curiosity. Because for us, atheists as well as believers, spirituality, the sacred, culture, creativity, art, humour, knowledge... are all constituent rushes of mankind to help us decode a complex world, to help us build ourselves, to help us rise, to untie us from an often too mundane daily life in order to understand each other and to bring us closer. It is when those essential elements are missing that some make holes with a Kalashnikov because a caricature could upset one of our Gods, one of our idols. 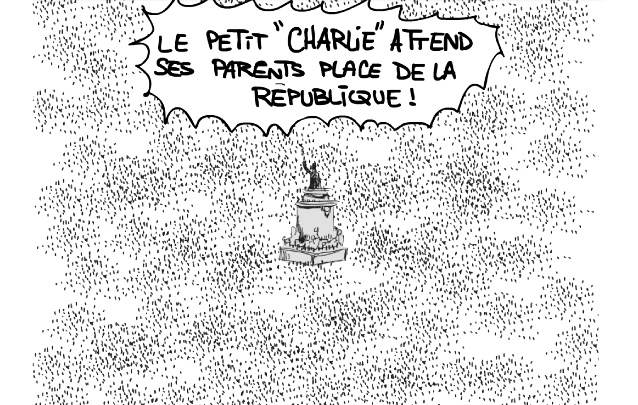 "Little Charlie is waiting for his parents at the Place de la République" (illustration: © Raf Lamarque)

We all proclaimed 'We are Charlie' on the 11th of January, a paradoxical support to a newspaper which does not like anything more than fringes and non-conformism, let's not deny ourselves the good thing of having been so many to tramp the streets under the winter sun but let's prevent ourselves from gaining from it a good hypocritical short-lived conscience, a blissful unanimism, therefore void of sense and above all, void of a project. The challenge is substantial, it will not be enough to just put a sticker to support Charlie on our jackets or websites, it is illusory to see a solution in the reinforcement of border's controls, it is mortiferous to want to come up with a French version of a Patriot Act. It will be more fertile to question ourselves on what our society has become, what separates it today from its original ideals and to make everything we can to bring back to shape the three words written on all our public buildings.

Personally, I confess my difficulties in crying out 'I am Charlie' first because I have an aversion for any gathering of more than three people at a time, for crowds, for rallying cries and general consensus I always find suspicious and also because it remains tricky for me to say with an easy conscience 'I am Charlie' as long as it is more difficult in France to be Mohamed, Djehina or Zouad than it is to be Quentin.

Quentin Hirsinger lives and works in Paris. As one of the founders of matériO, a network of material libraries, he´s been working at matériO Paris for fifteen years.