Currently in the Czech Republic, there are four strong generations of glass artists. The Prague´s Gallery Kuzebauch prepared for the audience in Paris an exhibition under the title of STRUCTURES. In September 10 to 13, 2015, Révélations, an International Biennale of Fine Crafts and Creation, will showcase a selection of Czech studio glass art. 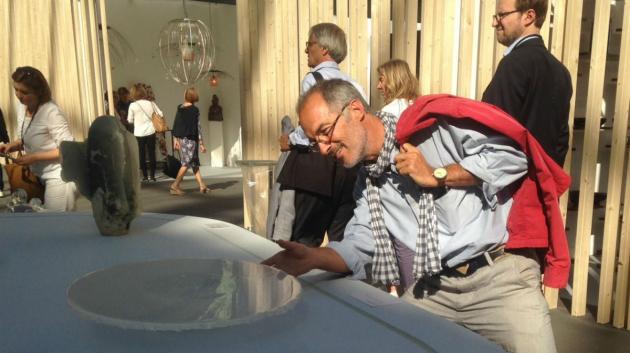 „Although the secret of glass production has been known to the mankind for seven thousand years, it´s use as an artistic material dates back to the 20th century only, when sculptors first used glass to create abstract objects. Czech glass artists were among the first in the world to try to remove the dividing line between applied and fine arts,“ says Petr Nový, Kuzebauch Gallery curator and the head curator of the Museum of Glass and Costume Jewellery in Jablonec nad Nisou. 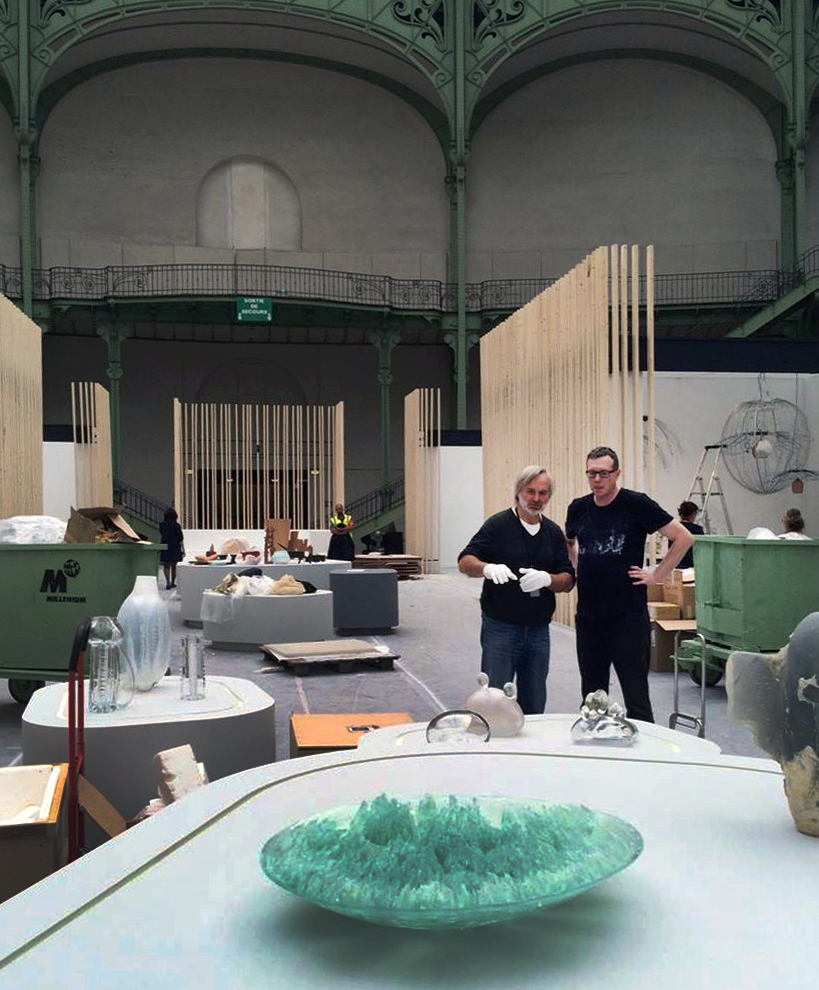 „For the exhibition, we selected six Czech glass artists. They differ as to their age and aesthetic feelings, but they have one in common – they strive to gain deep insight in the structure of glass,“ adds curator Nový. Even though mould melted objects have remained in the centre of virtually everybody’s attention, Czech glass artists have successfully introduced other techniques and their special features, such as free hand or mould-blown glass, cut glass, engraving, painting and fusing. 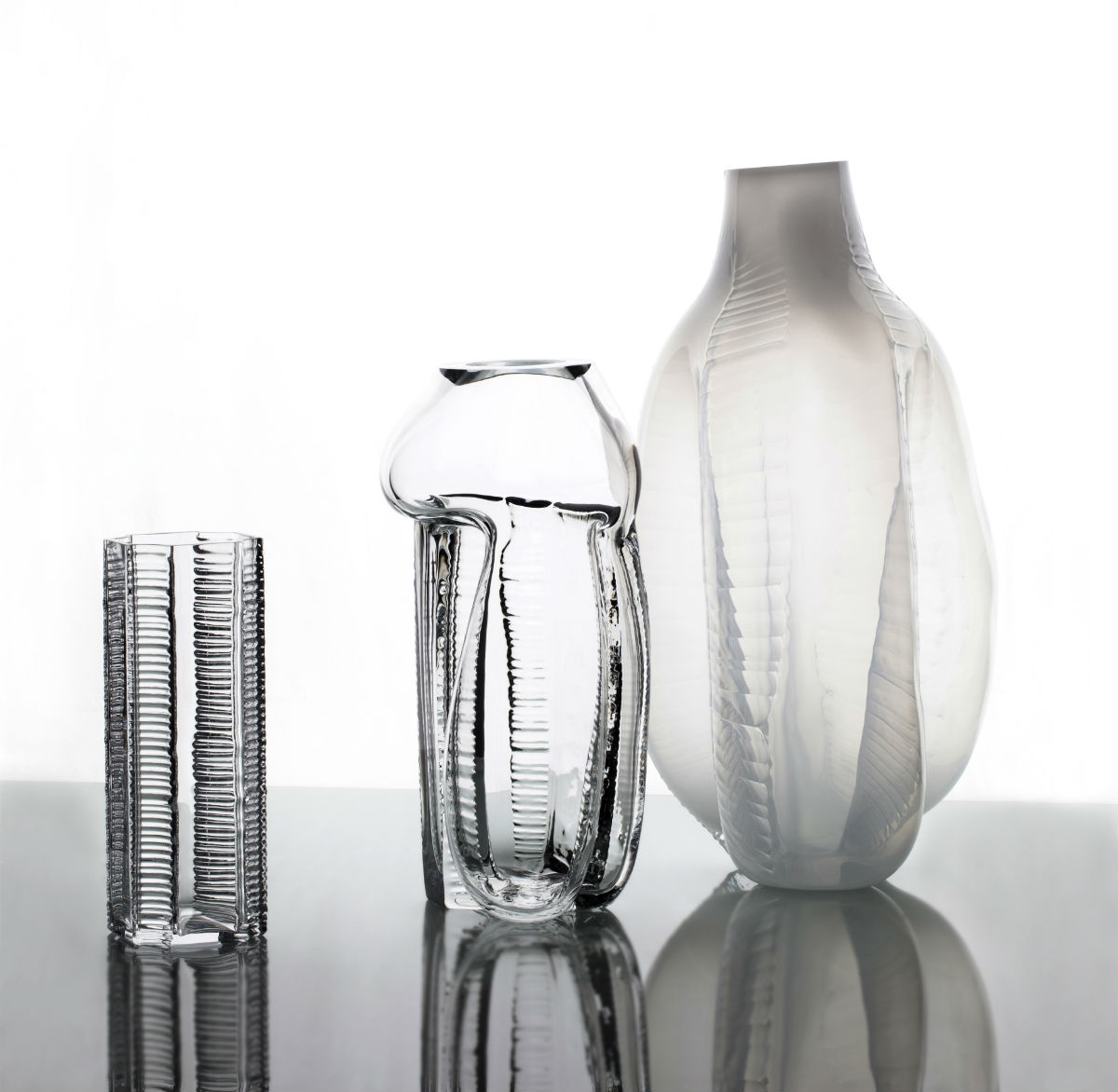 Jaroslav Bejvl´s favourite technology is blowing into metal moulds. In an archive, he discovered moulds of iconic 1960´s designs. He blows glass vials into these moulds to further de(form) them. The resulting artefacts remind us of the structure of the original designs but their shapes are far more organic in their shape. 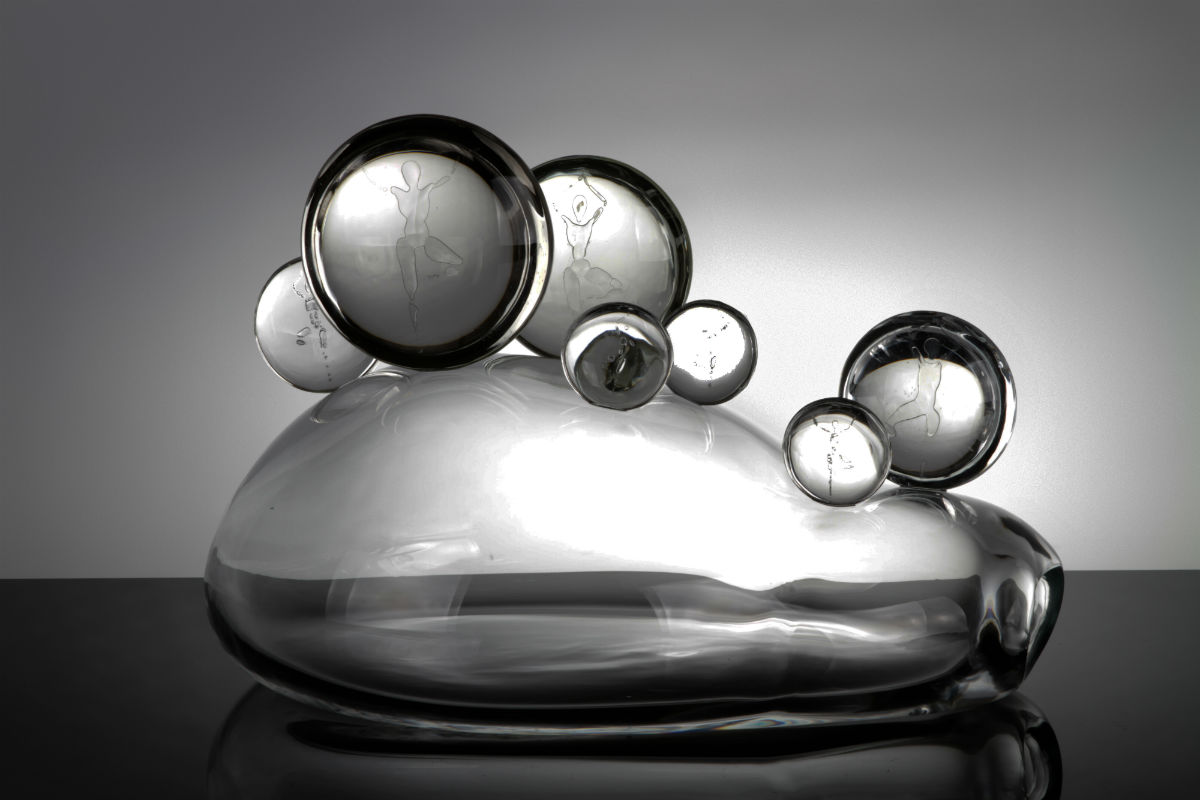 Pavlína Čambalová proves that even with a traditional engraving wheel one can create an art object with contemporary soft lines combined with deep cuts. In the environment of the studio glass, engraving is most often used to complement a pre-defined shape. Čambalová, however, shows there are exceptions to this rule where the design may be subordinated to the engraving. 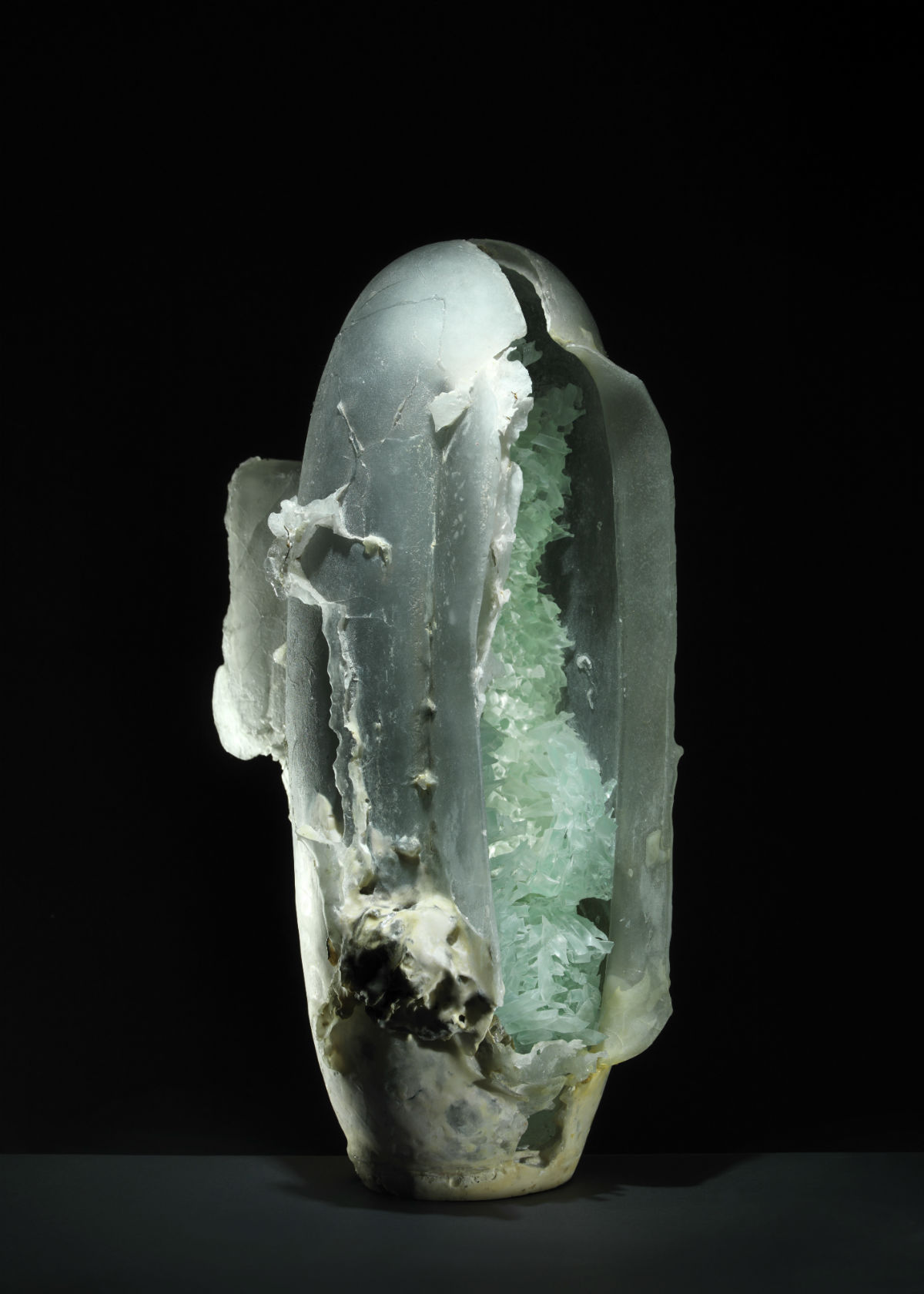 Klára Horáčková melts glass to create impressive crystalline objects reminding us of natural crystals. Her objects seem to be created by nature, not a man. 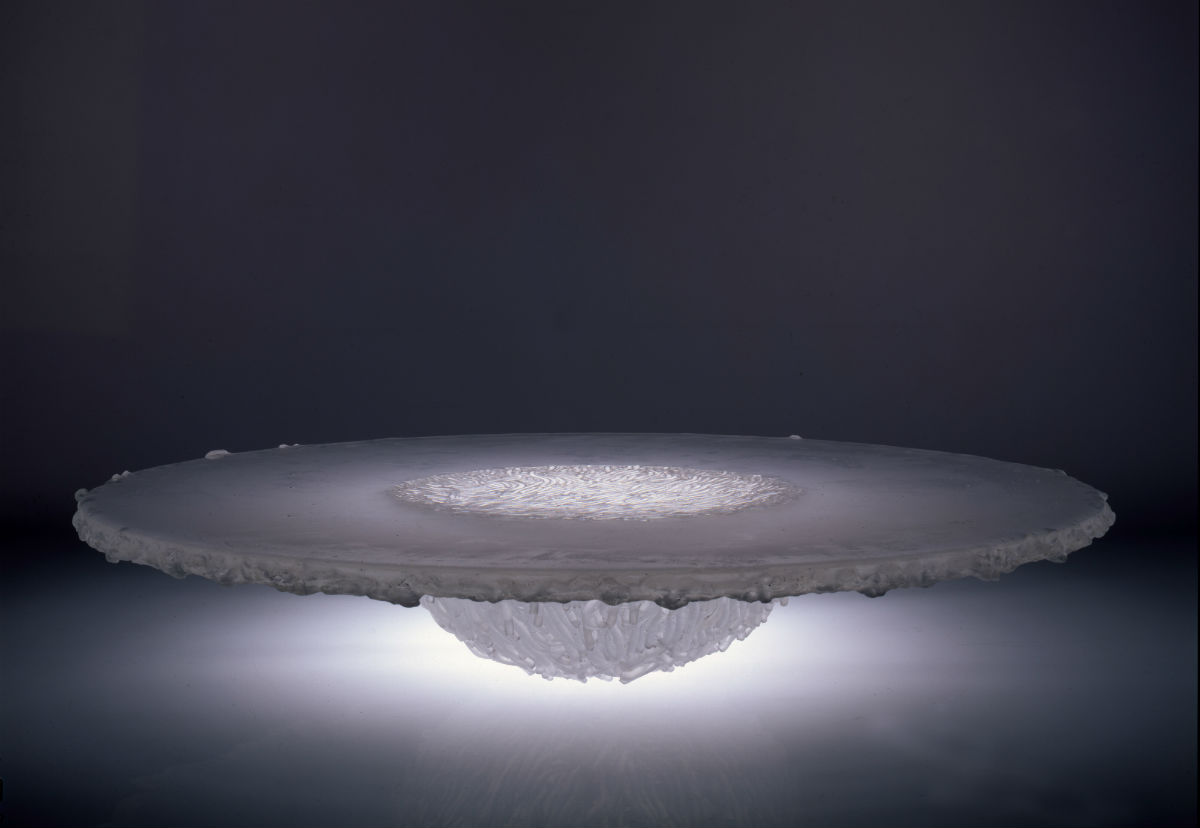 In her art, Ivana Houserová showed that the Czech mould melted glass has not lost any of its potential. She created the exhibited object during her internship with the Musée du Verre de Sars-Poteries artfully combining the Czech and French glass making tradition and craftsmanship. 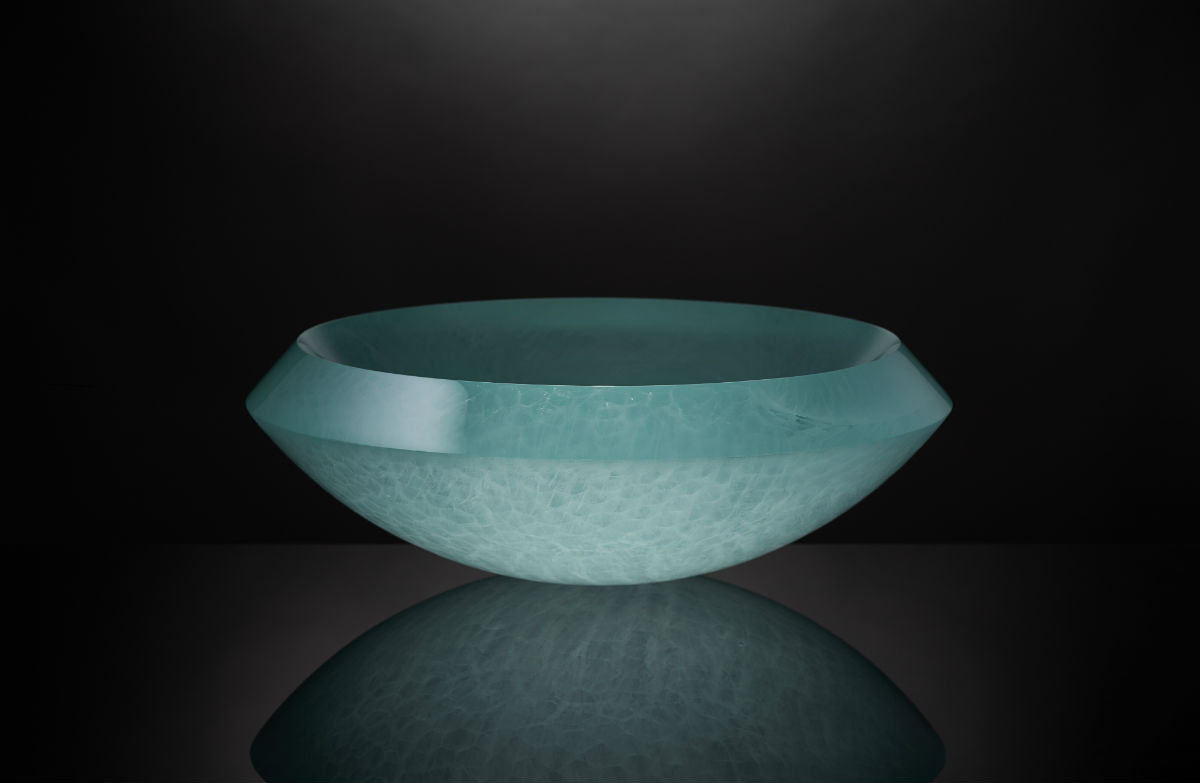 The world unique technology called VITRUCELL was developed over the years by Zdeněk Lhotský and his team.  "Glass cells" melted together help create structures whose colour and structural variability is limited solely by the artist´s fantasy. The art of melted sculpture thus received a new impetus which has found its use not only in the studio art, but also in architecture. Zdeněk Lhotský prefers to demonstrate the potential of this glass substance in the form of an archetypally shaped and perfectly worked bowls. 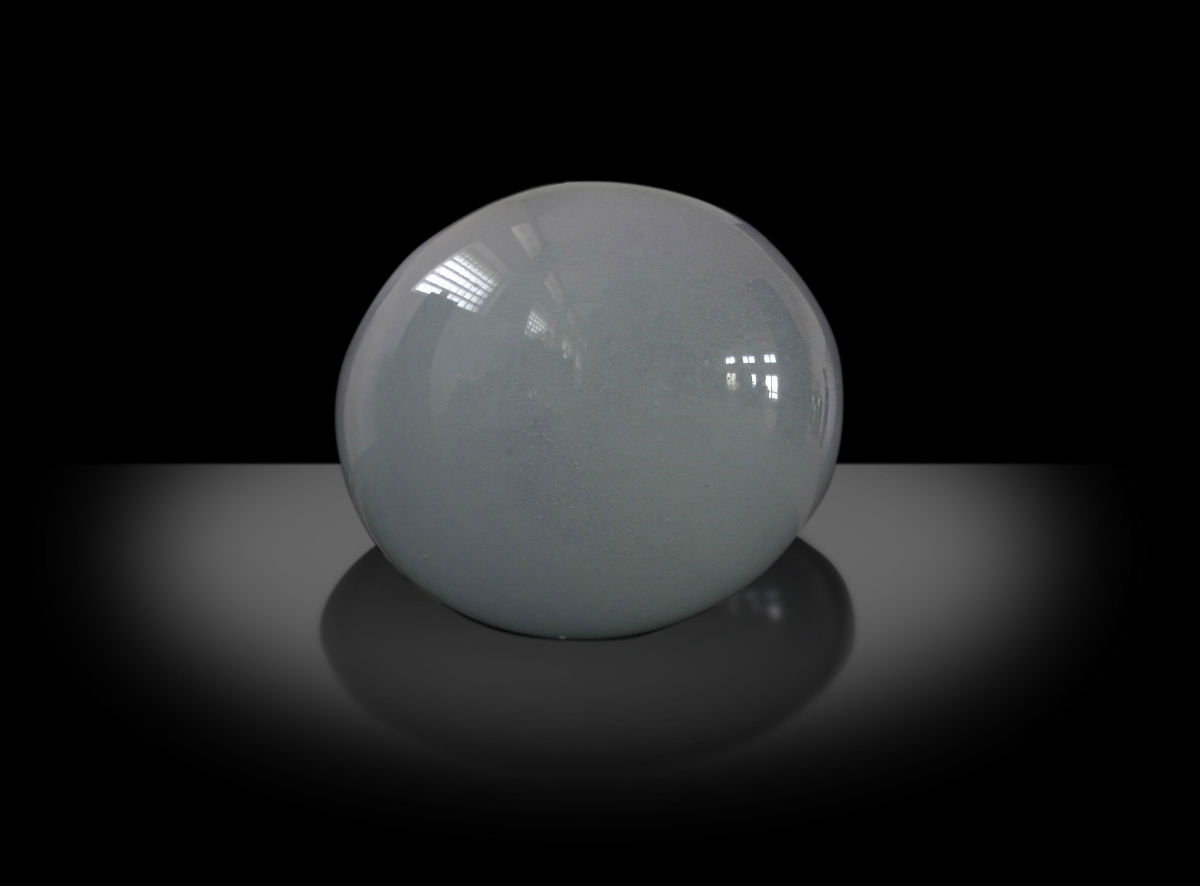 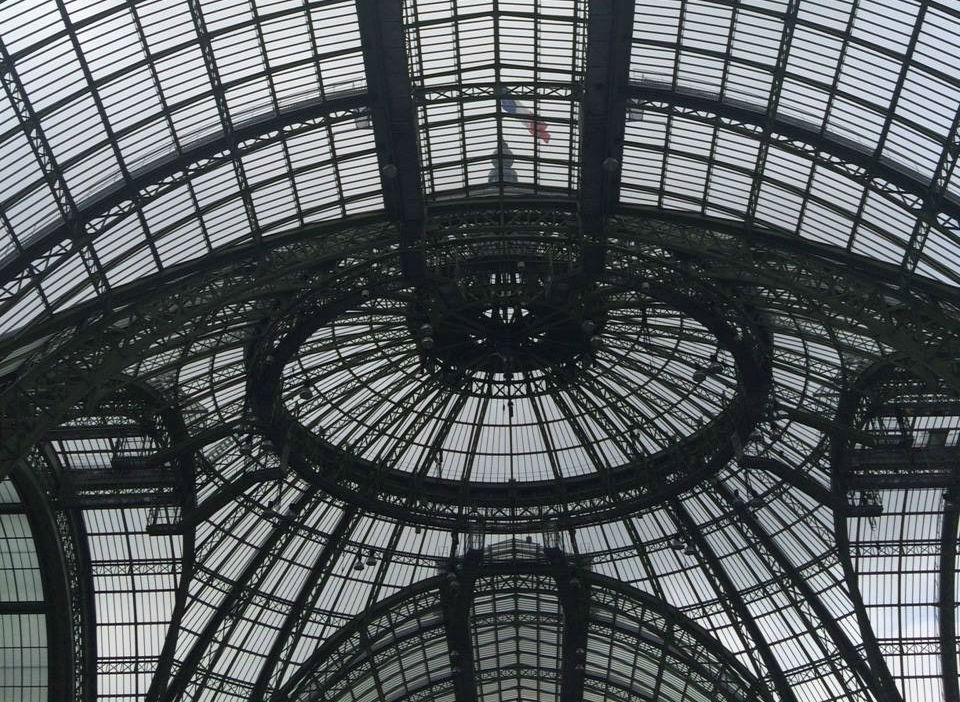