First there go the theatres and cinemas, then supermarkets, schools and finally even paved roads and power lines. Public facilities are becoming scarcer – we are distancing ourselves from Vietnamese cities that in terms of lifestyle and living standards resemble the Western world as we know it. 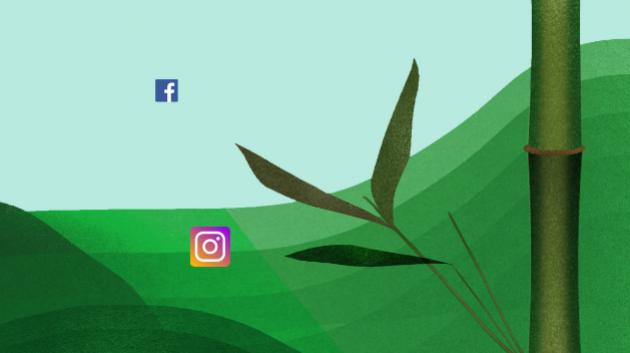 In the mountainous regions of Vietnam far away from Hanoi or Saigon, people populated areas where the journey to the nearest “civilization” can take dozens of hours. The locals in these places usually still retain the lifestyle of their ancestors from centuries ago. They hardly ever get in touch with the authorities, lack education and do not even bother with issuing a birth certificate.

In the meantime, the Vietnamese mobile phone market is in turmoil, providers compete for customers by bringing coverage to the most remote areas of the country. Low prices of smartphones with 3G make the devices accessible to almost everybody. Although many distant areas of Vietnam cannot be reached by a paved road or even by a power line, new technologies have recently made their way there.

Power Turbines and Bamboo Pipes
International organizations supporting rural development introduced a means of electricity production in places far away from the backbone network using micro turbines powered by wind and water. It is no longer necessary for the technology to be imported from abroad as the Vietnamese are very skilled in adopting new trends. Due to insufficient legislation concerning intellectual property, production of micro turbines in Vietnam in fact turns out to be rather cheap. One such producer is the company Điện Lực Quảng Trị offering the cheapest models somewhere around 100 USD.

Mr. Phan Văn Dậu from Vạn Phú village, Khánh Hoà province, decided to purchase a water micro turbine in order to resolve the issues of lighting his farm and pumping water between his paddies, which are located far away from the electricity network. He installed the micro turbine under a hill with a stream running down. In order to harvest the potential of the turbine as much as possible, the water is brought to it straight from the spring through a sophisticated structure of bamboo pipes that secure a constant flow with sufficient intensity through the turbine blades.

The way Mr. Dậu combined micro turbines with bamboo pipes is an example of blending new technologies with traditional construction processes and materials. Bamboo has been a versatile building material in South-East Asia for centuries. Its lightness unites with its relative sturdiness and resilience against weather conditions. At the same time, bamboo is an undemanding plant with extremely fast mass gain. It has been widely used as building material all over Asia. It serves as a raw material for ladders, scaffolds, poles, various tools, furniture, interior decorations, chopsticks, toothpicks and other items of Asian daily life. Bamboo shoots and roots are an irreplaceable part of the oriental diet.

Admiring the beauties of the historical town of Hội An, visitors can ride modern mountain bikes with suspension forks attached to bamboo frames. Incorporating bamboo into latest technological achievements is not just a trend of the modern day, bamboo paddle wheels have been used for pumping water between rice paddies for centuries. Various hammers used for threshing rice and grinding rice flour used to have bamboo parts as well. All these simple machines have been propelled by running water.

People lacking paved access to their homes can nowadays, thanks to the home power plants, upload more and more new selfies on Facebook. Besides social networks, they use the generated energy for more mundane things such as lighting, home appliances, mills, pumps and other machines used in agriculture.

Rice Field Selfie
Mr. Dậu’s power plant illustrates a phenomenon that can recently be registered in developing countries where various stages of infrastructure development are skipped. According to the traditional way of thinking we might attempt to find a means of bringing electricity to the remote areas via power lines. However, this idea loses its relevance now when it is no longer necessary to bring electricity over there since it can be created straight on the spot.

Skipping stages of infrastructure development cannot usually be found in the countries setting global trends and even in those that are trying to immediately catch up with them. In case of railway, carriages towed by horses were replaced by steam engines and later on by diesel and electricity. The future of railways now seems to lie in magnetic cushions but adapting the railway networks of countries such as France or Germany that still serve their purpose rather well will slow the modernization down significantly.

The Vietnamese railways are in a pitiful state and it is absolutely crucial to restore of replace them. Therefore, it is quite probable that rail traffic in Vietnam will become more modern than in majority of European countries. Similar future may await the long-distance bus travel. It is very well possible that domestic airways will cover a large portion of transportation capacity without the necessity of building a highway network.

Internet can serve as a further example. When European internet providers competed for customers offering higher and higher speed of dial connection, the ordinary Vietnamese still had no knowledge of internet whatsoever. On the other hand, Western tourists were quite amazed to find Wi-Fi in almost every Hanoian café in 2010. Nowadays, free Wi-Fi is a standard in any restaurant or a coffee house even in the most remote villages. Intercity buses also offer quite reliable internet connection. 3G and 4G data services are also available all over the country.

As it happens, social networks of the Vietnamese mountains offer unexpected connections. You find yourself walking around rice paddies, take a selfie with a Vietnamese farmer replanting rice seedlings and before you manage to get back to your hotel, the selfie has already been uploaded on Facebook and you have a friend request pending.