Step out of your basements, workshops, labs and hackerspaces! Prague is set to host a major showcase of DIY tech talent

“Maker Faire is the largest global showcase of innovation, creativity and inventiveness,” say the event’s organisers. And this year, over the June 23-24 weekend, Prague is set to host this major event at the Industrial Palace (Průmyslový palác) in the capital’s historical Výstaviště exhibition grounds. DIY enthusiasts of all ages are welcome, and anyone with something of interest to showcase will be able to present their innovations free of charge at the Palace. 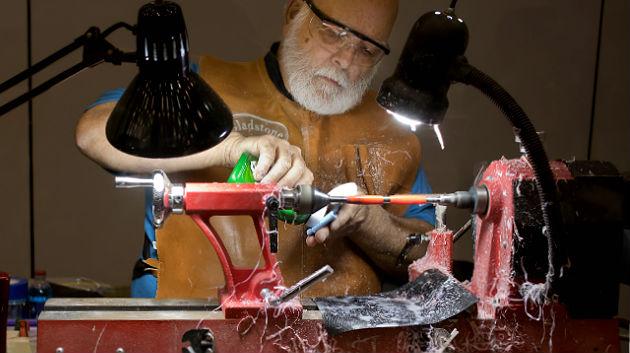 “Makers are DIY enthusiasts, creatives and inventors. They see themselves as modern-day handymen, jacks-of-all-trades, tech wizards and boffins, able to integrate digital production and traditional craft skills,” says Denisa Kera, executive director of the festival. “DIY has a rich tradition in the Czech Republic. The Maker Faire festival project adds fresh impetus to this. So-called “makers” aren’t just garage-based handymen and model-makers, but also those who enjoy collaborating on projects with others; those who utilise open source solutions and 21st century technologies; those who are fans of community workshops; and those who know how to properly present their personal creative projects.” Factoring-in relative experience levels, these events have traditionally been built upon a very simple principle: show us what you have created, and tell us what you learned in the process...

Those interested in participating can visit the festival’s website, fill in a simple on-line form, and reserve an appropriate display space such as a table. “We would like to showcase at least two-hundred Czech and international makers in this single location,” says the festival’s programme director Jiří Zemánek. “Asides from displaying the projects of individual makers, we are also planning various workshops for both children and adults, as well as entertaining presentations and shows. And anyone who creates interesting items, and who wants to publicise their projects is invited – so don’t hesitate to sign-up!” The deadline for submitting an application is March 31, 2018.

The organisers are actively making use of the English term “maker” [in Czech the word is tvůrce –Ed.]. Their aim is to attract DIY enthusiasts, electronics and handiwork enthusiasts,  artists and other miscellaneous creatives. Of particular interest to the organisers are people who combine traditional and cutting edge crafts, and who demonstrate an original utilisation of digital production technologies such as 3D printers and CNC laser cutters. This first Czech iteration of the festival also serves as an attempt to provide a tangible definition of the following concept: those who partake in the event will also directly partake in shaping our understanding of the notion of the “maker” in the Czech environment. 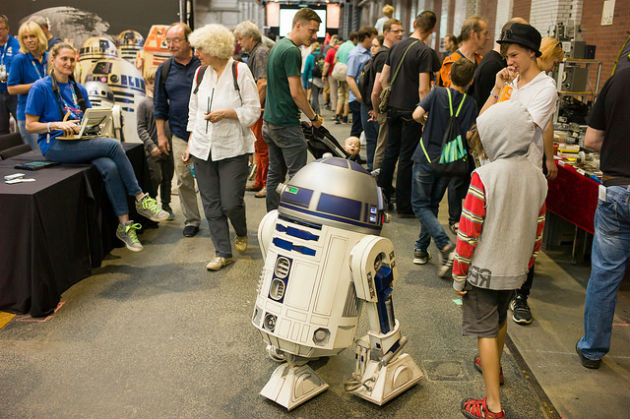 Attendance from enthusiasts who solder, build, print, cut, and machine is anticipated. Add to that others seeking new ways to utilise textiles, paper and other materials. Nor will the festival be without those who are able to interconnect handicrafts with the modern branches of electronics and computing. The Industrial Palace will also host a space for chemistry and biology-oriented experiments. This will comprise of aquaponics, fermentation, molecular gastronomy and even farmers planning to one day settle on Mars. The event will also be shining a spotlight on anyone capable of disassembling and then reassembling home appliances, as well as those who find ways to extend the life-spans of such devices through the repair of key components. Similarly, it will also showcase those who dedicate themselves to the integration of technologies pertaining to toys and education aides for children. 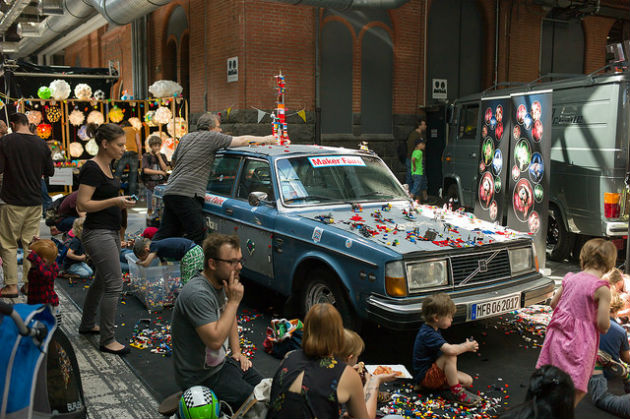 Hackerspace brmlab, Hackerspace Pardubice and the Brno-based base48Tradici are among those who have been developing IT-related DIY advances for some time. Furthermore, there is the successful Hackerspace Labka in Ostrava, and in Plzeň there is FABLAB DEPO2015. Meanwhile, the Prague-based MakersLab and the Brno-based FabLab are focusing on developing 3D printing and other technologies. And skilful repairers are also associated under the growing Opravárna platform.

This year’s first ever Prague Maker Faire is being organised by a team of enthusiasts long members of the worldwide “maker community”. The event’s licence holder and programme guarantor is the Žádná věda (No Science) association. Since 2012, they have been presenting public experiments spanning the fields of science, art and entertainment. The festival is being held under the auspices of PRUSA Research, a successful 3D printer firm.  Representatives of the Czech technical and new media fields from the Philosophical Faculty of Charles University will also serve as partners to the festival. 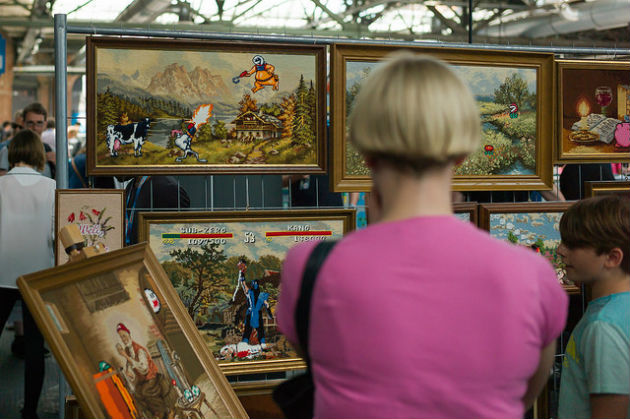 Maker Faire is a global network of events, initiated in 2006 by the editors of the San Francisco-based magazine Make. Individual festivals are held by local organisations in cities across the world. In 2017,1.5 million people partook in various Maker Faire festivals according to the organisation. And during that year, an event in San Francisco was attended by 150,000 people. And annual festivals are held in cities such as Vienna, Chemnitz, and Berlin. Maker Faire seeks to be a global festival of both the digital and the analogue, as well as traditional and technical handiwork, and one open to the whole family. “Maker Faire offers everyone a chance not just to observe, but also to partake in shaping the future. It is a meeting of likeminded people who enjoy experimenting with new approaches, and to informally disseminate their knowledge and experiences,” say the organisers.