The Janštejn glassworks (Sklárna Janštejn), situated in the Czech Republic’s Vysočina region, has found an effective solution to the problem of utilising its production-generated waste.  The result is a new line of multicoloured glass “slabs” which offer a variety of uses in the fields of design and architecture. Such efforts serve as a notable example of how Czech companies are approaching waste as a source of new viable materials. 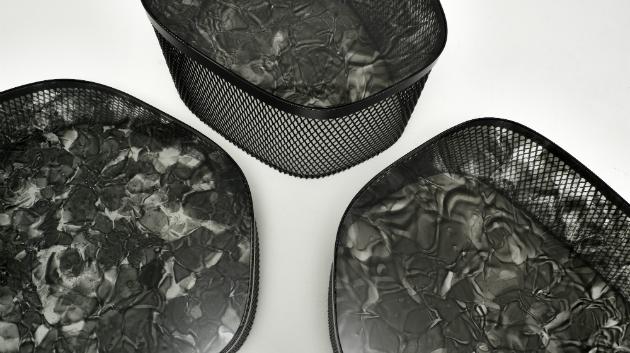 “Every work is an original, because you can never put together the same fragments twice,” says Janštejn’s managing director Jan Rabell. The waste-derived material has been developed in conjunction with Czech high-end lighting firm Brokis, and this January it is being showcased at the Maison&Objet trade fair in Paris.

Every day, the Janštejn glassworks creates a large volume of coloured glass products. It is the last Czech glassworks to work daily with so-called milk glass (or opal glass), often used in the production of lampshades. Indeed, blown glass lampshades form a central component of production activities at Janštejn. And the site serves as a source for all the lampshades – including custom-made ones – produced by Czech firm Brokis.

Another advantage of the glassworks, asides from its milk glass production capabilities, is the mutual compatibility of all of its various lines of coloured glass. This enables glassmakers to layer together its coloured glass and to create so-called flashed glass, which is utilised in lampshades due to its excellent diffusive properties. This glass is melted in such a way as to enable mutual levels of thermal expansiveness, meaning it can then be combined using heat fusion into one single product. Brokis utilises this array of possibilities in numerous collections. For example the Memory light fixture from designer Boris Klimek was created by utilising the traditional Janštejn “triplexopál” blown glass technology, meaning a combination of layers of crystal, opal and colour.

Every day, glassmakers in Janštejn blow hundreds of large glass objects which then undergo further refinement to become light fixtures. A large amount of overpress material, also known as shearings –  meaning excess waste glass – is also generated during production. After molten glass is blown into a shape, it is then placed into an annealing oven in which the glass slowly cools, thus preventing the build up of internal tension and cracking. After cooling, excess material (known as kopna in Czech, aka "head") is removed and the formed glass is cut and polished. Despite the fact that regular molten glass production utilises a roughly 40 percent mix of cullet (already melted and broken glass) material, it still generates considerable waste glass. Indeed, glass production usually generates far more overpress shearings than glassworks are able to utilise for further production. According to available data, every month Janštejn glassworks produced around twenty tonnes of waste, which was hitherto hauled away and disposed of. 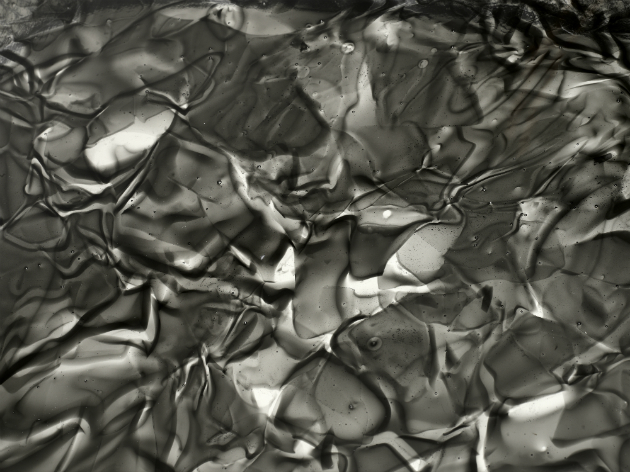 Collaboration between both Brokis and the Janštejn glassworks has resulted in the creation of a new material,  which is available in a number of colours (opal, shades of grey, light pink, brown and turquoise) 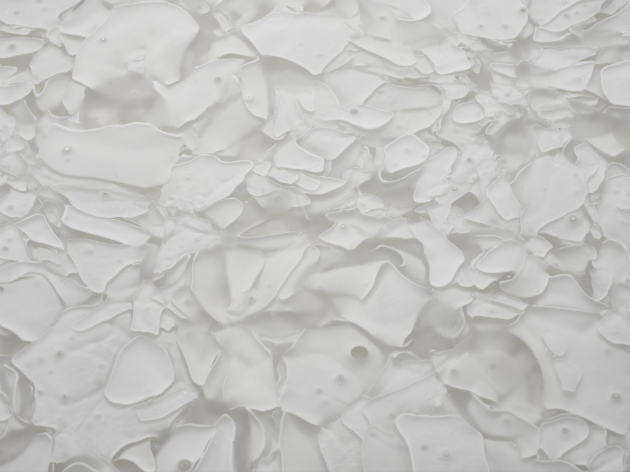 Shearings containing more than one colour – common for Janštejn – cannot be mixed into molten glass, as they would muddy the colour and otherwise depreciate the properties of the newly-created material. In Janštějn, management decided to address this problem directly, and spent more than eight years  developing the technology that today enables this excess daily production waste to be effectively repurposed to produce coloured glass “slabs”, the result of which is an up to 90 percent reduction of waste. Irena Czepcová of Brokis has helped guide the development of BROKISGLASS from the outset. Up till now, the only way to deal with such waste was for it to be hauled off as waste: “The new material is melted down from both excess production and faulty production materials. In terms of most shearings utilised to make the new material, we are dealing with triplex, meaning layers of crystal-opal-crystal or crystal-opal-colour, which cannot be used as a raw material for further molten glass production.”

Today, the technology is sufficiently developed to enable mass production of slabs from formerly waste product coloured glass shearings. The process is based on a technology previously utilised in studio glass molten sculpture production. In this, molten glass is formed via the use of a plaster cast, in which the glass precisely fills the contours of the predetermined shape. Upon cooling, the form essentially crumbles off. This technology, now utilised by glass sculptors around the world, was first developed in the 1950s by Czech glass artists and sculptors Jaroslav Brychta, daughter Jaroslava, and Stanislav Libenský. In the ensuing years, they pushed the limits of this technology to phenomenal proportions, and today, many glass artists and others in the glassmaking industry continue to blaze down this trail. At the Janštejn glassworks, glass shearings are melted down in special metal forms which determine the final shape of the finished “slabs”. One custom Janštejn process is its utilisation of so-called tunnel ovens. In a process that mirrors the ovens used in bakeries, a seven-hour programme enables the glass “slabs” to be melted, moulded, cooled, and then to emerge off the rollers almost fully finished.

A waterjet cutter is  then used to create precise 590 x 590 mm or 350 x 600 mm slabs. This is then followed by hand finishing and polishing of the edges. Plans are already underway to introduce machine polishing. In terms of specific day-to-day applications, the square format of BROKISGLASS holds the potential of, for example, substituting traditional ceiling tiles (frequently used in offices), offering both a unique appearance and the option of backlighting. The slabs are usually between 6-8mm in thickness, although further parameters are also available. “We also plan to offer a collection of light fixtures [using BROKISGLASS], and we have already successfully experimented with bathroom tiling, which can also be backlit in interesting ways” adds Czepcová, underscoring this new material’s many potential applications across the field of interior and exterior design.