Dome of Chaos, an experimental structure built by Professor Rajniš’s Architectural Guild, was unveiled last weekend as part of the Life Sciences Film and Street Food Festivals in the Czech Technical University’s Dejvice Campus. “Chaos is now considered an integral and welcome part of our society,” says the architect. 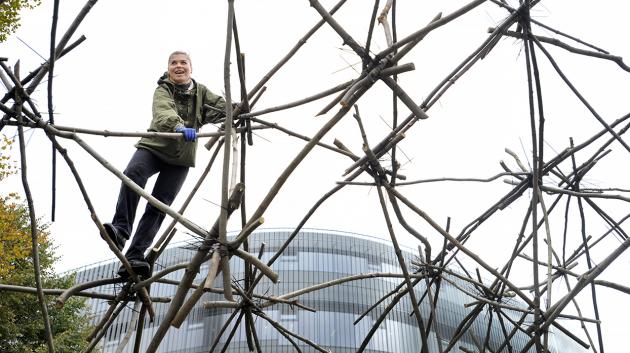 “We want to show the relationship between chaos and carefully thought-out elements. The structure was built on the fly and should demonstrate that you can build something that will remind people of the world they live in, just as much as forest, sea, or sand dunes do. Too much order is one of the problems of today’s architecture and society as a whole. Let’s return to chaotic structures, to freedom,“ says Rajniš of the project and the non-traditional building process. Professor Martin Rajniš designed many recognised buildings and projects both in the Czech Republic and abroad. 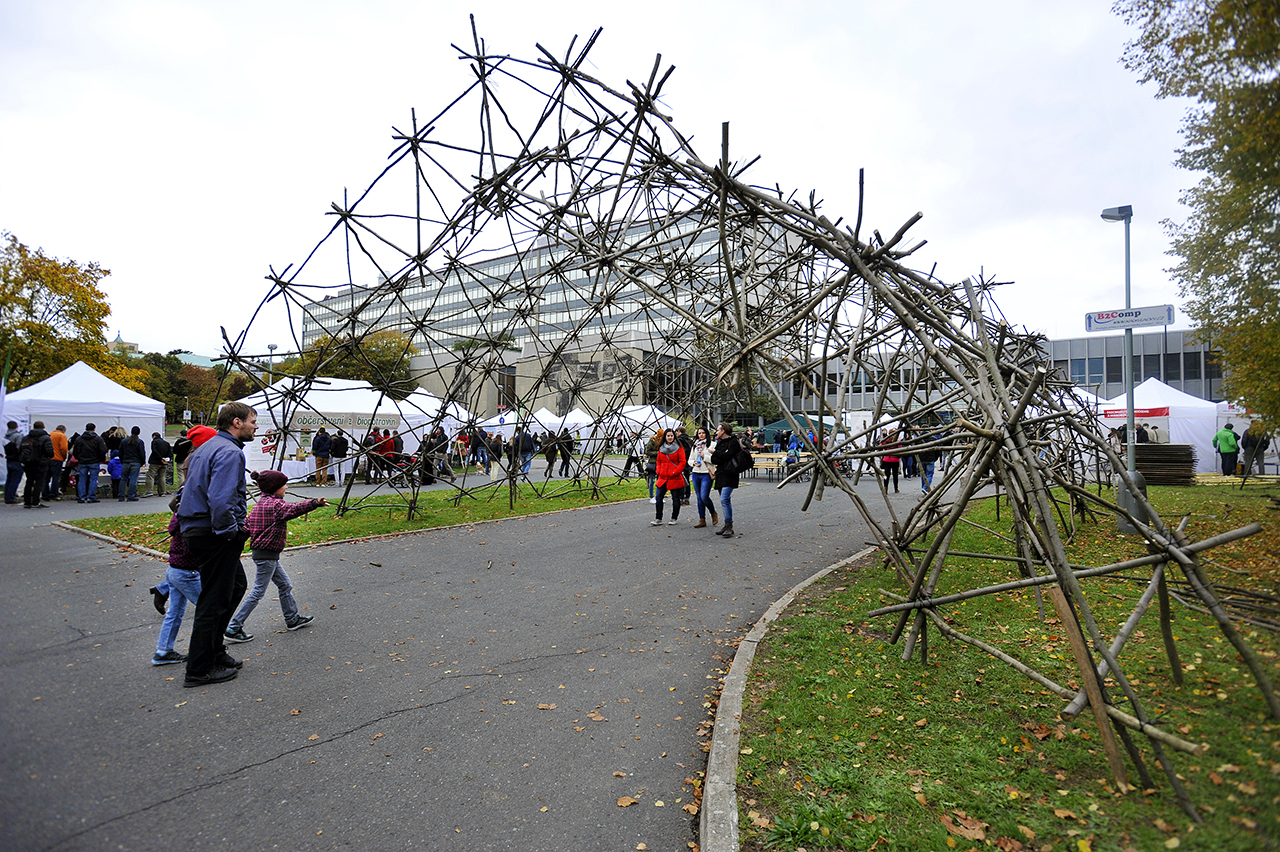 The structure was built as part of an open workshop. Apart from Rajniš’s students, anybody could participate and many passers-by did. The temporary installation is made of hardwood branches about 2.5 m long, bound by zip ties. The ‘Dome’ took about two and a half days to build and can be seen in Prague’s Dejvice until November the 8th. 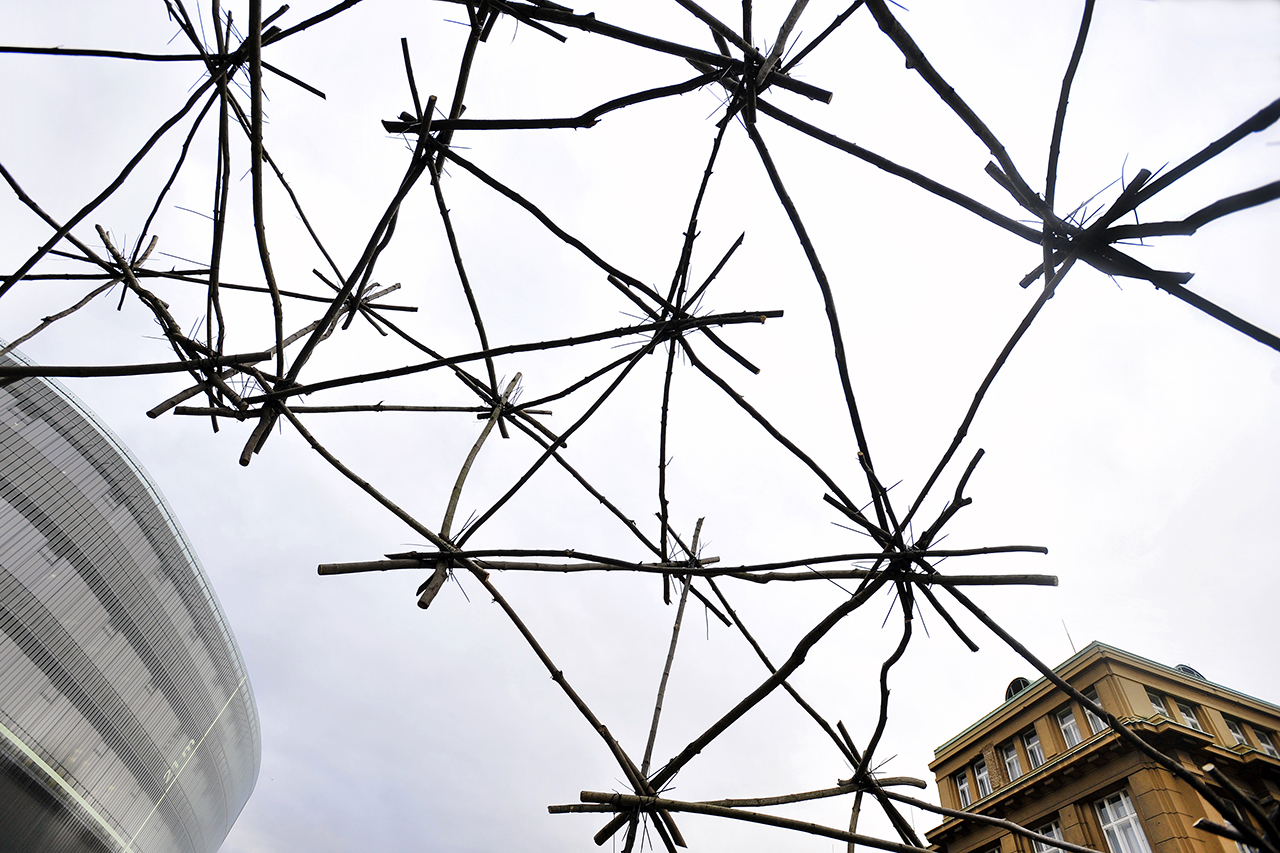 Something old, something contemporary and something experimental. A clash of architectural styles in Dejvice. 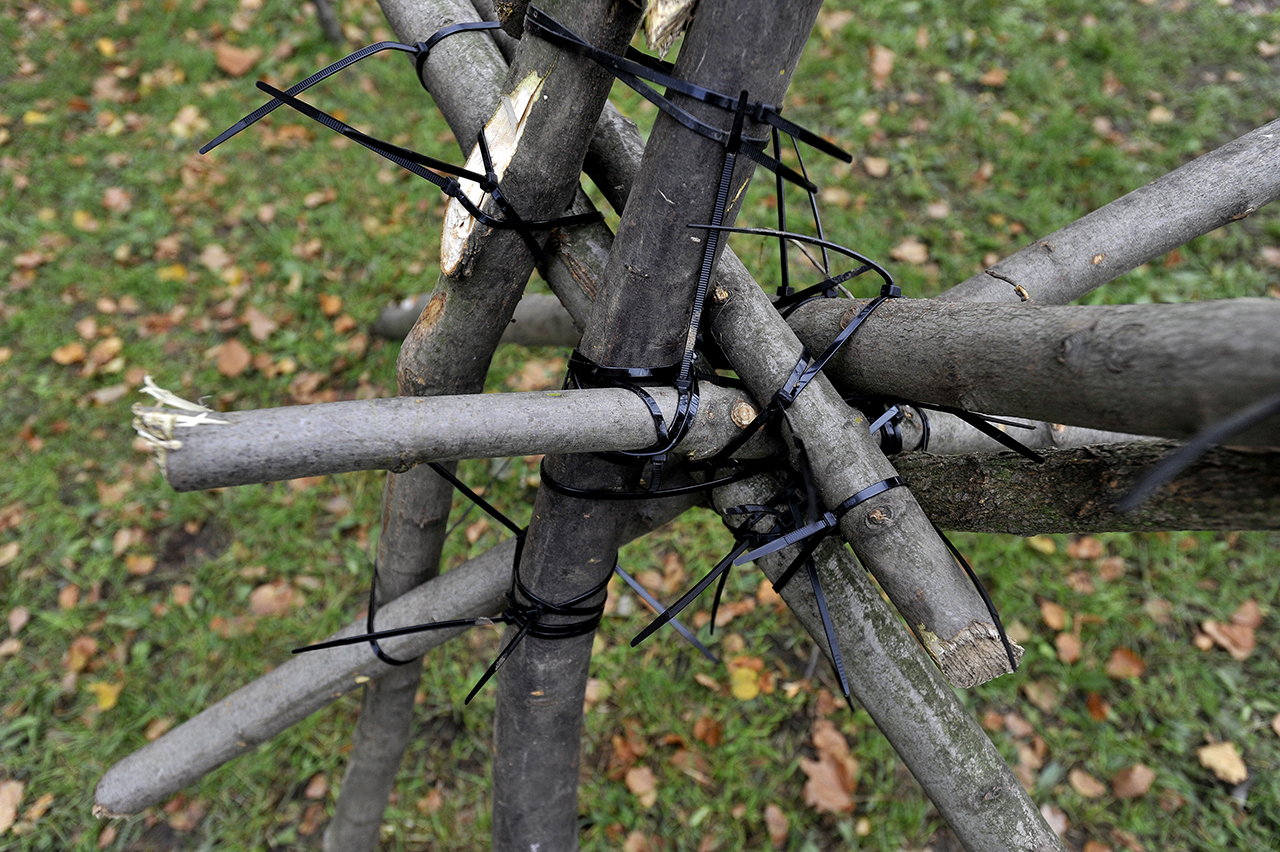 Plastic zip ties were used to hold the branches together. Other materials such as rope, bast, or metal could be used instead. 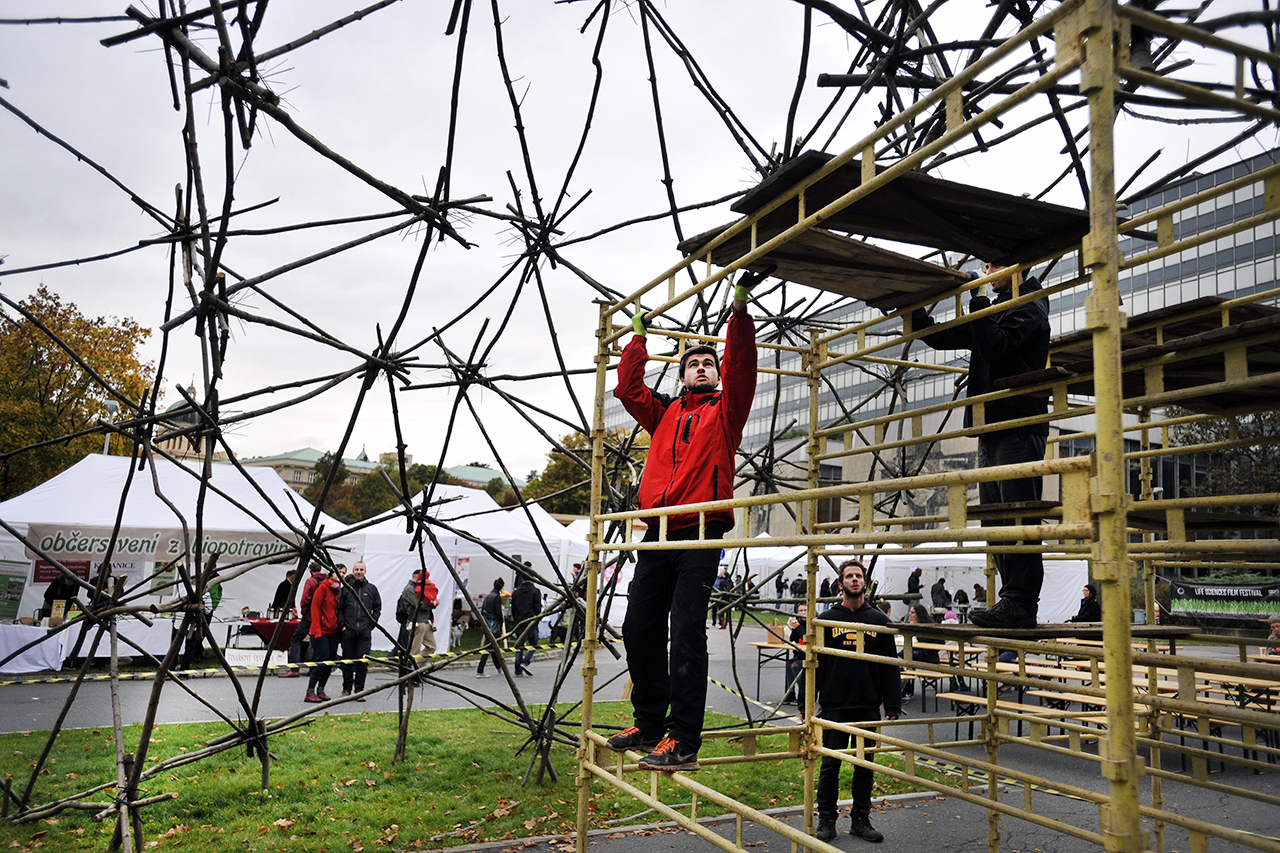 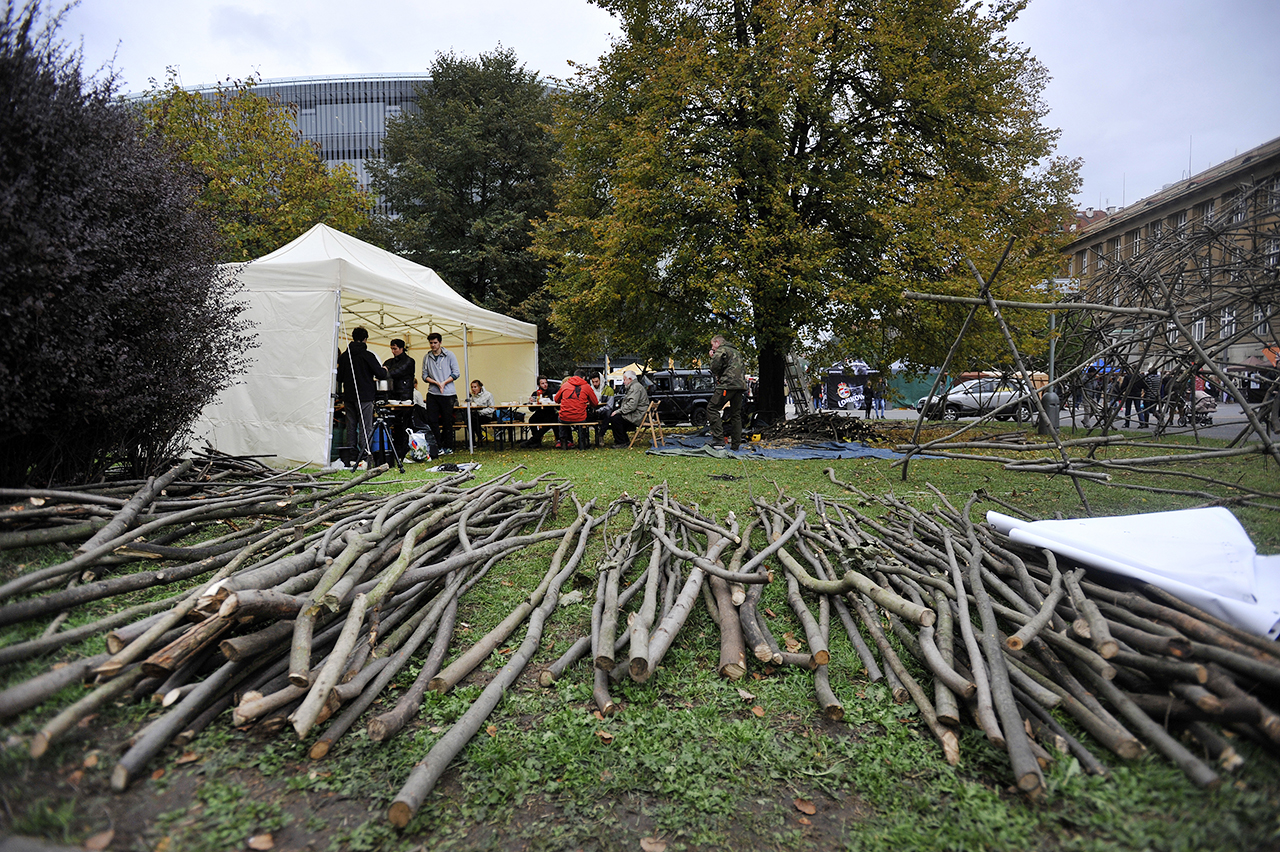 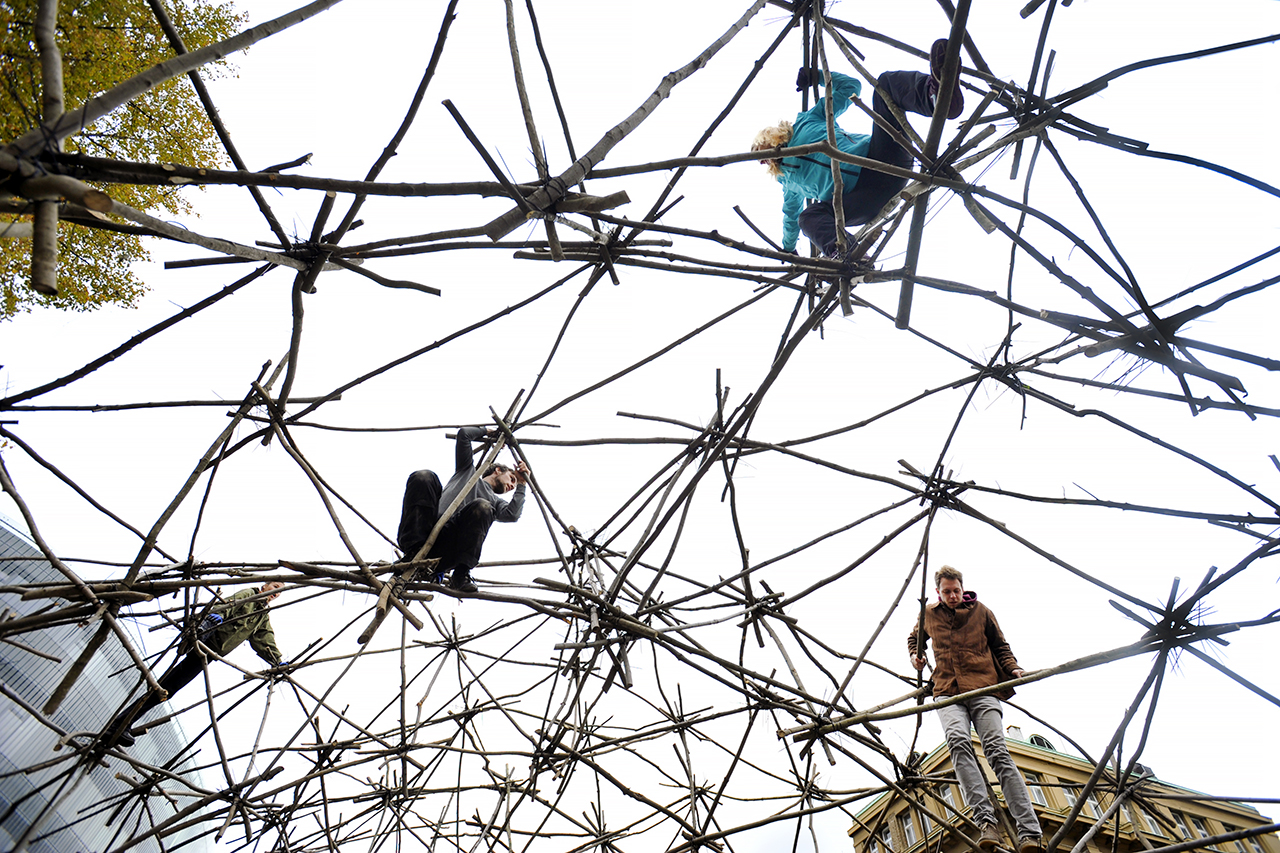 The students checking the joints and performing a loading test at the same time. It holds up! 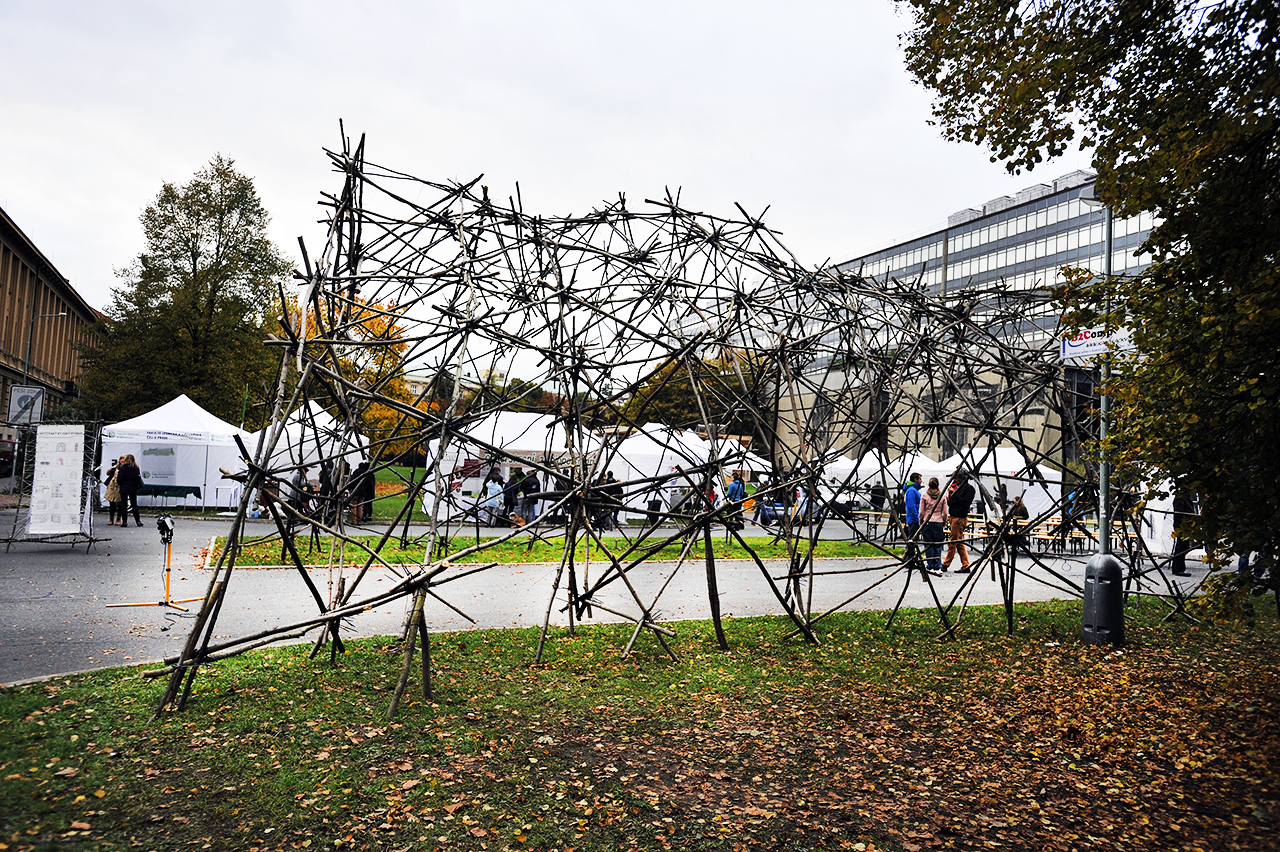 The Dome is both stylish and chaotic and fits right into the campus style. Pity it won’t stay there long. 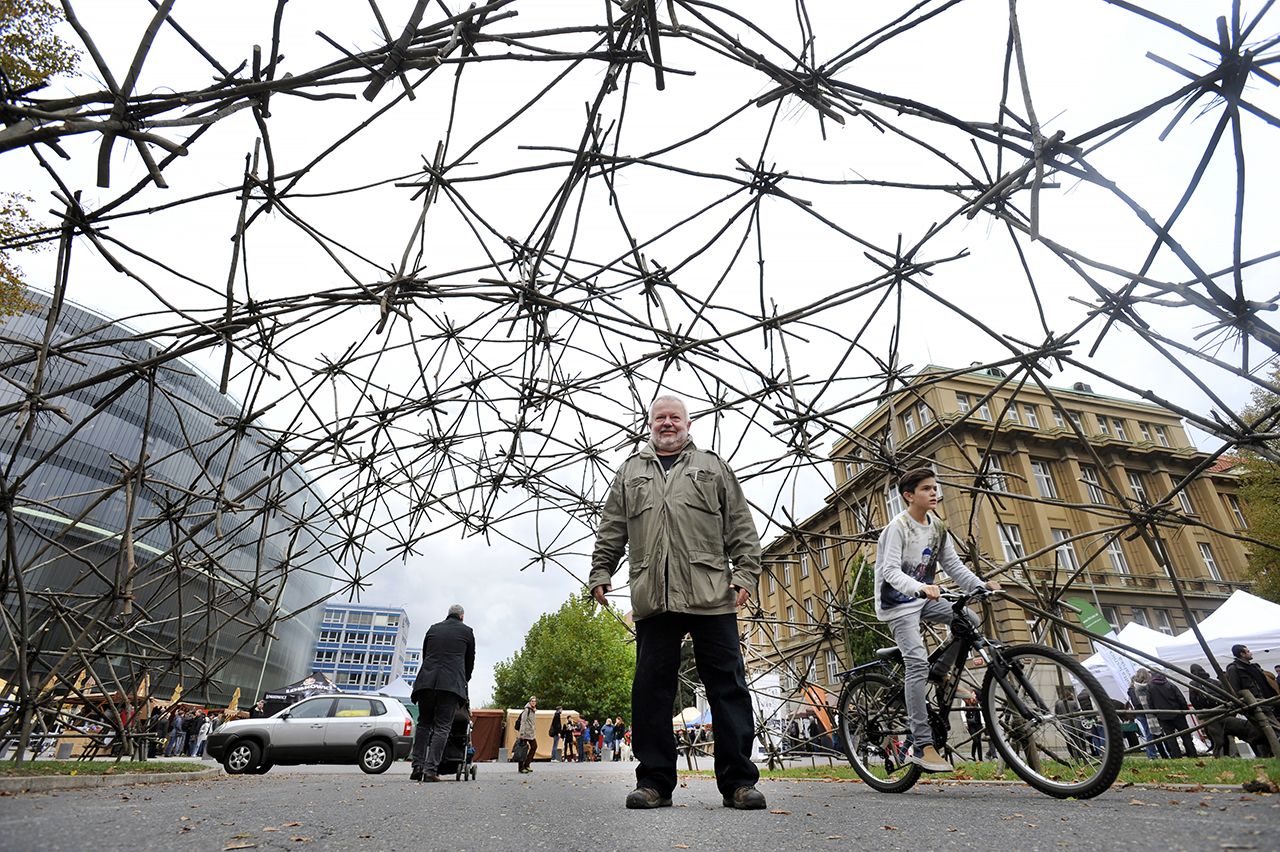 Professor Martin Rajniš, head of the Dejvice workshop and the author of many experimental and architecture projects in the Czech Republic and abroad. 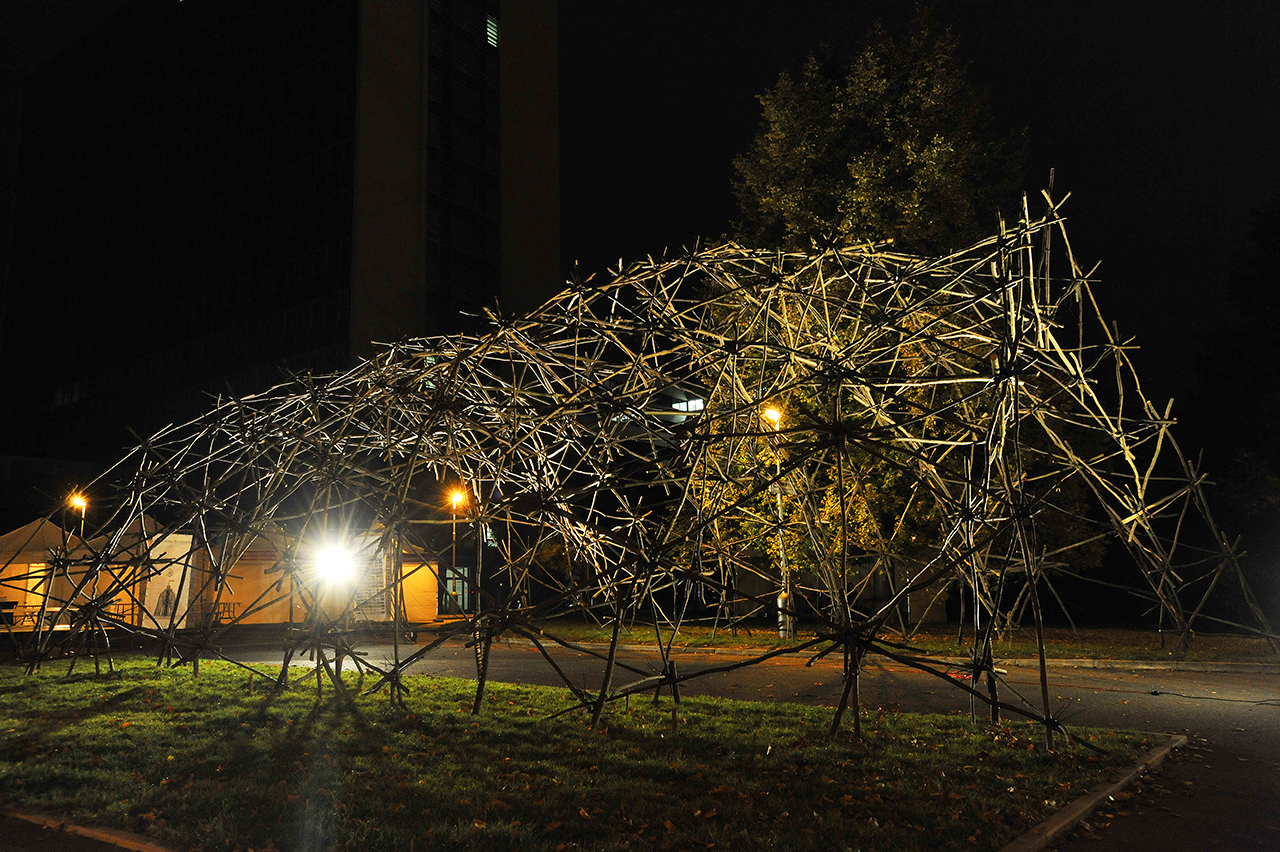 At night the structure looks even more impressive. Some see it as an art installation, others as a prehistoric animal. 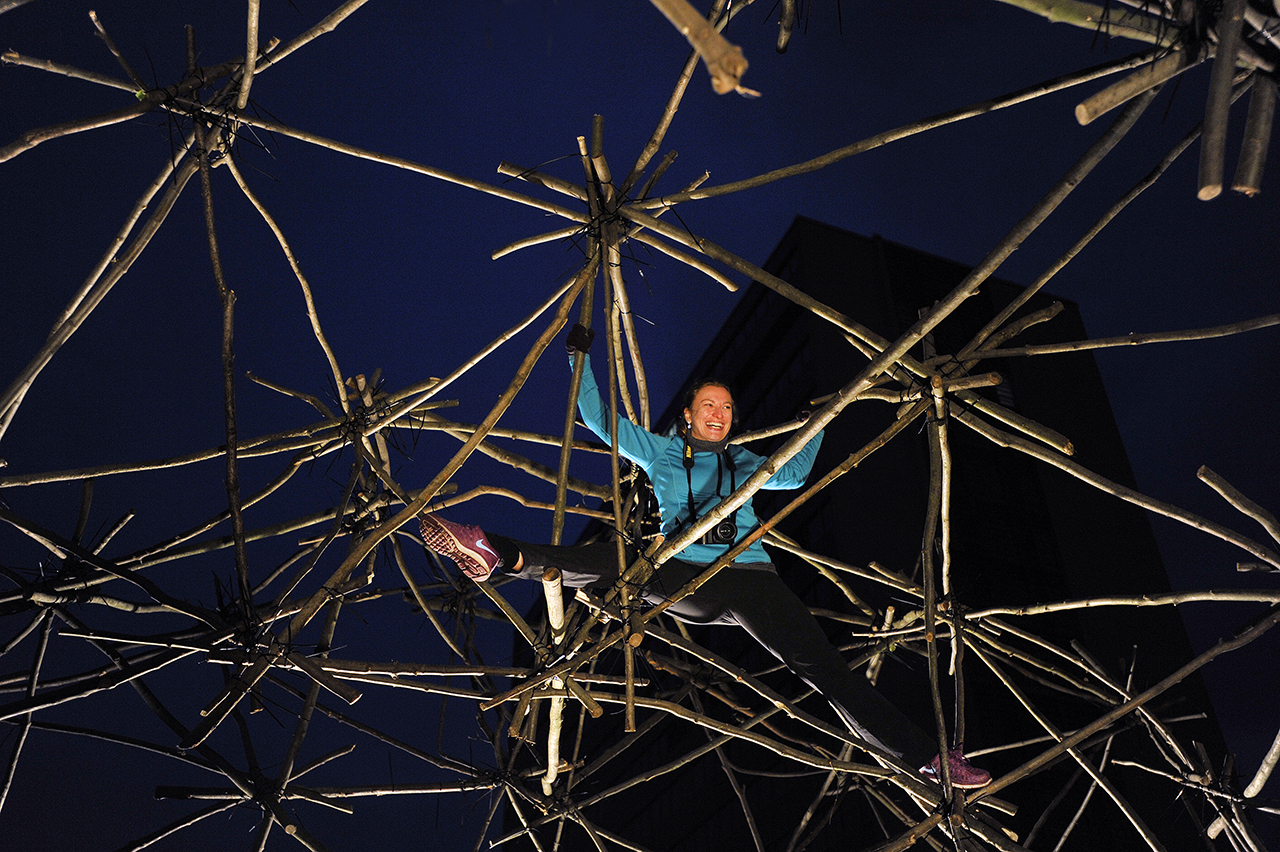 A 3D experiment that works and is fun. Kids, don’t try this at home. 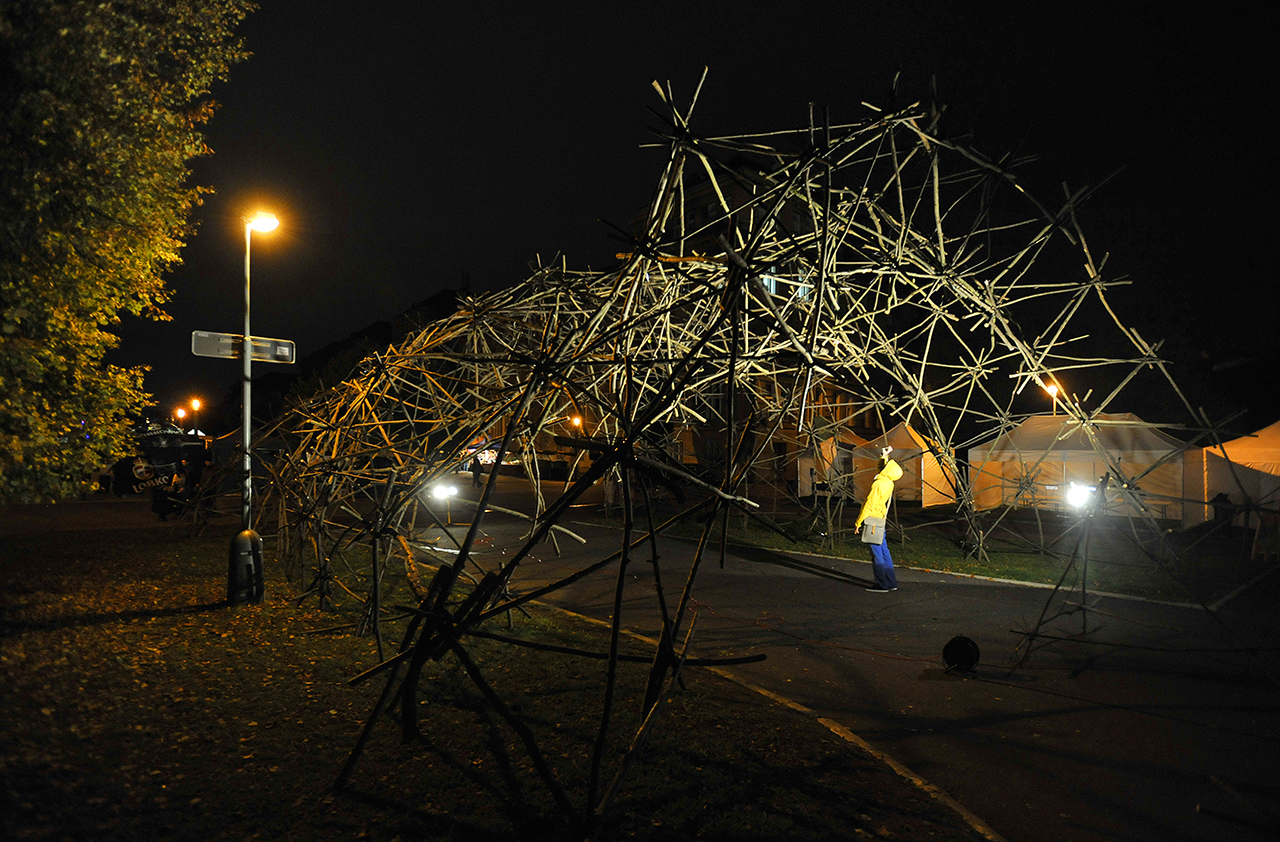 The illuminated dome attracts curious visitors even in the dark.