The Liederhaus glassmaking family has invented a mobile glass furnace – and one, located in Prague’s Ateliér Z glass studio, is now open to the public

Both the general public and glass professionals are able to make use of the capacities of a new mobile glass furnace currently installed in a glass studio in Prague’s Letná district. Such a facility represents a first for the Czech capital. 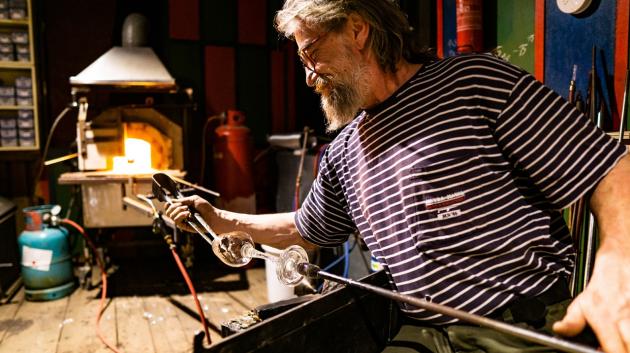 Previously, when designers or students of the Academy of Arts, Architecture and Design in Prague (UMPRUM) sought to create physical prototypes of their designs they were forced to travel to glassworks outside of the city and to conform to their respective capacities and availability. For those without their own studios, freestyle glass art creation was thus a highly challenging endeavour. But now that is all changing...

Czech-born Miroslav Liederhaus, formerly a blacksmith artist, is the man responsible for the installation of a mobile glass furnace in Prague’s Letná district. After starting out working with metals, Liederhaus shifted towards glass, merging the two materials in his works. “It began when my father wanted to head out to some Christmas markets in Germany to sell glass art,” explains Liederhaus’ son Štěpán, who collaborated on the creation of the mobile furnace. “He wanted to mould and blow the glass at the location in order to create a show to attract customers. As a result, we repurposed our metal furnace – at the beginning it was quite a ‘punk’ setup, with just four fireclay bricks and glass inside.”

Five years of ensuing effort led to today’s mobile glass furnace. The result is an efficient unit weighing around 180 kg, meaning it can be lifted by two people and loaded into a car and transported anywhere. The setup even contains an integrated annealing oven – a so-called “tamprovna” in Czech – in which the glass is slowly cooled in a managed manner so as to prevent it from cracking. The entire furnace runs on a simple tank of natural gas and a connection to the mains electricity supply. “In theory, you could even connect it to a car battery, meaning that you really could set up a furnace in the middle of a field,” adds Štěpán Liederhaus. 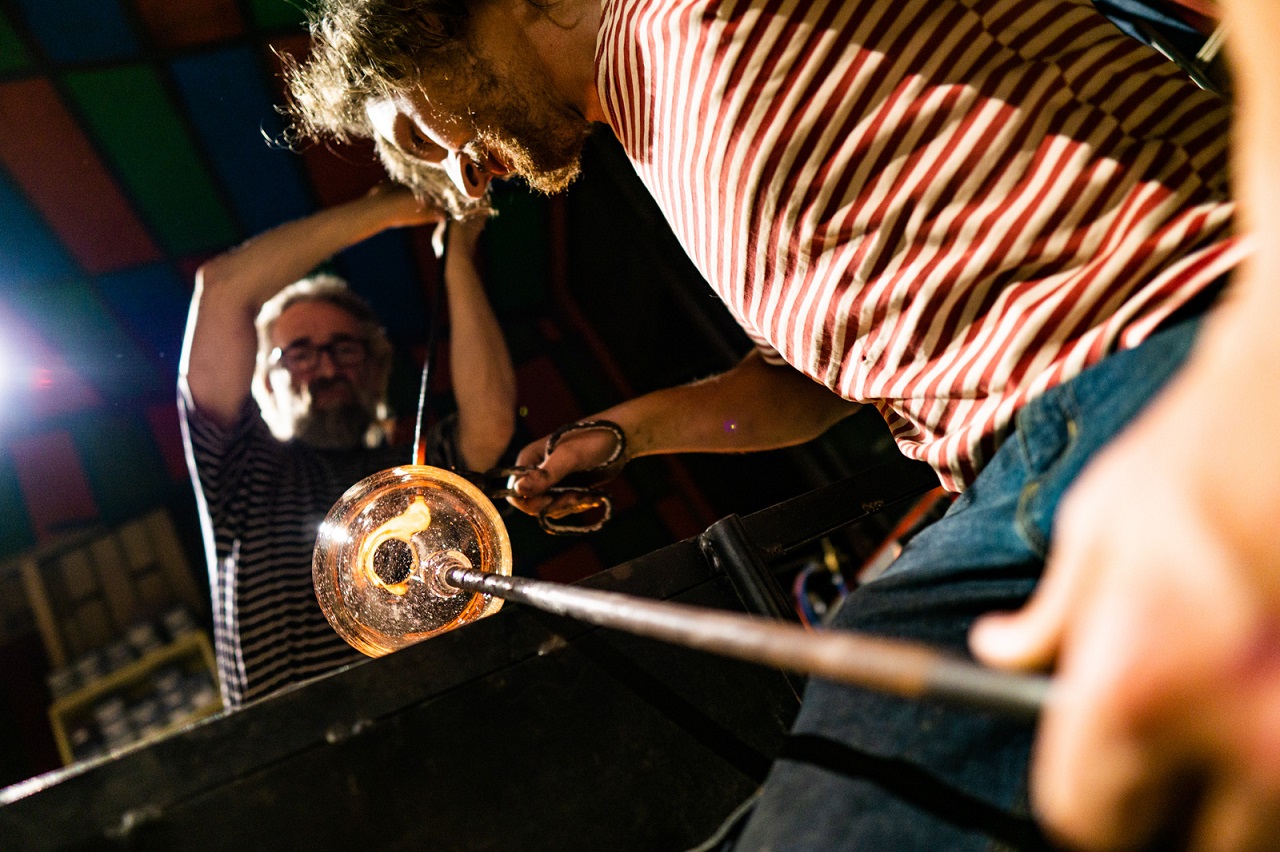 “We have already manufactured around eleven of these furnaces, and some have even been sent beyond the Czech Republic. Others went to larger glassworks, who were interested in the ability of using such a small furnace for things like creating new colours of glass. There is even one in the village of Annín in southern Bohemia, home to the once huge Sklárna Annín glassworks [today the site operates as a museum and as a smaller-scale glassworks operation –Ed.],” adds Liederhaus. To revive the original Annín glassworks, founded in 1796, in a scope matching its former glories would be a very risky and costly endeavour. And so Liederhaus’ furnaces enable the south Bohemian glassworks to operate under its traditional name while producing a small volume of glass, or to demonstrate glassmaking techniques to tourists.

Young Czech glass artist Barbora Tydlitátová recalls: “We really put the small furnace at Annín through its paces during summertime holiday job stints. The name we always gave it was ‘Liederhauska’. But it is a furnace that has its limits. For example, one can’t create larger pieces with it – glass can only be melted from shards, not glass batch, and the temperature can sometimes fluctuate.” Tydlitátová also praised the furnace’s many positive traits, which, asides from mobility, include the ability to undertake intermittent production. “This enables molten glass production to shift into the arena of a hobby. You can turn the machine on and experiment and play around with creating small batches of a particular design. One certainly can’t undertake all production in this manner, but I do think that this kind of facility, enabling Czechs to ‘play with glass’ is welcome and very appropriate.” 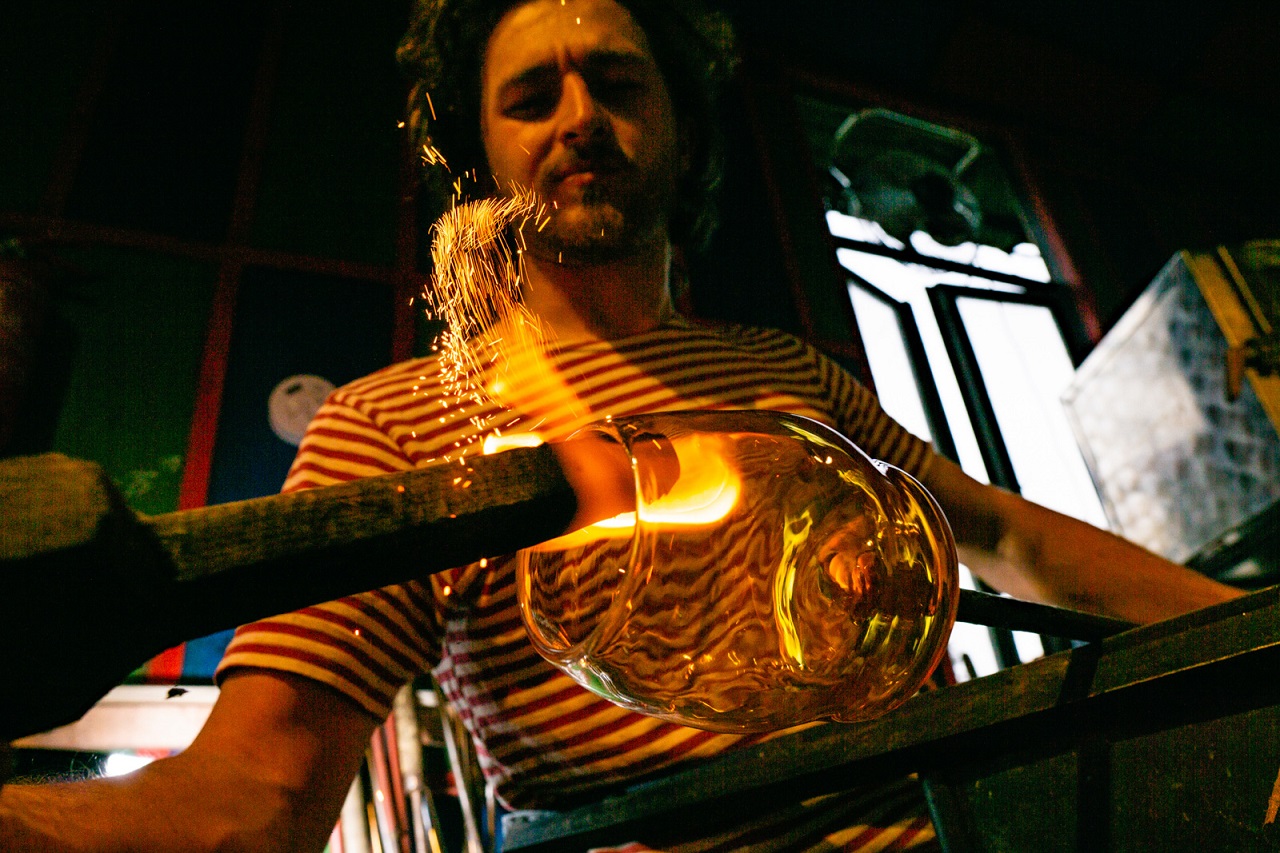 Specifically, Prague’s new mobile glass furnace is situated in the Ateliér Z glass studio in the popular Letná district that towers above the historical city centre. The Liederhaus father-son team visits regularly when specific work assignments require their presence. “What would please me most is if a number of art school students booked me for a full day and I would either teach them or help them produce items based on their designs,” says Štěpán Liederhaus, adding that he himself has already benefited from precisely such schooling – namely in his father’s workshop in the small village of Želízy north of Prague near the town of Mělník. The furnace at Ateliér Z is also open to lay persons beyond the glass production industry who simply wish to see how glass is made.